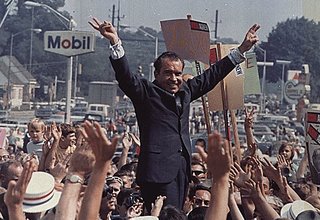 Will the 2008 election be a repeat of the 1968 disaster? Here are some thoughts from Casey Blake:

If Iraq looks more like Vietnam with each passing day, the Democratic presidential race may soon come to resemble 1968. Putting race and gender aside for a moment, here's one reading of the top tier: Obama as the Gene McCarthy "new politics" candidate with an upper-middle class base (especially among students at the elite colleges and universities); Edwards the RFK-style centrist moving left in response to poverty and a ghastly war; and Clinton the Humphreyite establishment figure backpedaling from her early support for a war gone wrong.
Of course, historical analogies only go so far in explaining contemporary politics, and race and gender are hardly irrelevant here. But the conflicts that wracked the Democratic Party 40 years ago have never been fully overcome and may yet reemerge in 2008.

He’s right – you can stretch historical analogies only so far but while we are at it does this mean McCain is the new Tricky Dick?
Posted by Sisyphus at 8:40 PM