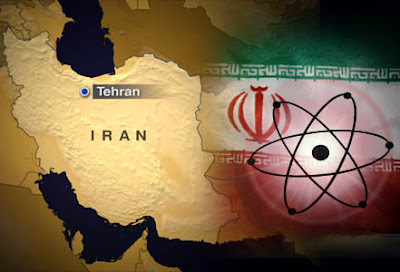 The prospects of a nuclear armed Iran are frightening. President Mahmoud Ahmadinejad and Supreme Leader Ali Khamenei are the type of political leaders for whom possession of nuclear weapons is a tool to create instability and danger for immediate neighbors and, because of oil resources in the region, the world.

Yet a full scale war in the region is out of the question. Talks of “surgical strikes” against Iran suggest the Iranian government would do nothing in reaction. But with major oil fields in nearby Arab countries and thousands of American troops stationed in Iraq and Afghanistan within missile range as well as the Iranian ability to tie up shipping traffic in the Persian Gulf, the Iranian authorities can inflict significant pain on the West in very short order. Diplomacy, however agonizingly slow, is the only reasonable option.

… President Obama’s approach, at once more conciliatory and tougher than his predecessor’s, has followed two tracks. It has combined “engagement”—a readiness to negotiate while abjuring “regime change” rhetoric—with a drive for serious economic sanctions. The Administration won Russia’s coöperation on sanctions after it cancelled a missile-defense system in Poland and the Czech Republic and replaced it with a sea-based system; it won China’s, as the cables show, after persuading the Saudis to guarantee the Chinese an undiminished supply of oil. The policy has been implemented with skill and determination: the sanctions are biting, and a new round of talks begins this week in Geneva. But neither track has persuaded the mullahs to abandon their pursuit of the bomb.

In the spring of last year, according to one of the leaked cables, Israel’s Defense Minister, Ehud Barak, told a visiting congressional delegation that the world had at most eighteen months “in which stopping Iran from acquiring nuclear weapons might still be viable,” after which “any military solution would result in unacceptable collateral damage.” Barak’s eighteen months expired this week. Earlier this year, a clever computer “worm,” possibly of Israeli origin, and rooted in the same technology that gives us WikiLeaks, apparently programmed Iran’s uranium-enriching centrifuges to spin so fast that some of them came apart. The atomic clock may have slowed a bit, but it is still ticking.

Before and after he was elected, Barack Obama said that a nuclear-armed Iran would be “unacceptable,” and for good reasons. Iran’s authoritarian government is an opaque, brutal theocracy with a long record of aiding terrorism. The fanatical, ignorant, fraudulently elected President, Mahmoud Ahmadinejad, is a Holocaust denier who talks about erasing the Jewish state—a vile pairing, with historical resonances that frighten many Israelis, including Prime Minister Benjamin Netanyahu, who calls the prospect of an Iranian bomb an existential threat. It is true that Iran’s actual behavior has been cautious. There is no evidence that Ayatollah Khamenei, Ahmadinejad’s superior and the Islamic Republic’s “Supreme Leader” in fact as well as in name, would provoke the annihilation of everything Iranian—the cities, the people, the future, and, of course, the regime—by launching a nuclear attack, directly or by terrorist proxy, on a country that is known to possess a large nuclear arsenal, and an ability to use it in a second strike. But the consequences of the mere existence of an Iranian bomb would be devastating all the same—and not just for Israel, whose enemies would be emboldened, whose mystique of invincibility would be shattered, and whose people would live under a new and newly demoralizing pall of fear. America’s freedom of action in the region would diminish as sharply as Iran’s would grow. Worst of all, we might be unable to prevent Arab governments like those of Egypt and Saudi Arabia from pursuing their own nuclear “programs.” The prospect of a nuclear arms race in the world’s most volatile region would be an unparalleled nightmare.

All that is indeed unacceptable. But if diplomacy and pressure fail, and if an Iranian bomb is built or advances to the very threshold, the supposed remedy of a “military solution” would be more unacceptable still. A bombing attack on Iran’s far-flung, fortified nuclear facilities—and it would matter little whether the attacker was Israel or the United States—would not be a surgical operation that ended with the patient stitched up in the recovery room, promising the doctor to change his unhealthy habits. It would be the start of a war of unknown duration and immense human, material, and political cost. In return for merely postponing Iran’s acquisition of nuclear weapons (for two or three years, in the estimate of Secretary of Defense Robert Gates), it would change the Iranian public’s attitude toward the ruling mullahs (and their nuclear ambitions) from unhappy resignation to inflamed support. It would provoke extreme violence, even a bloody region-wide conflict. Islamist terrorism would spike; so would the price of oil, with catastrophic consequences for the already ailing economies of the West. Israel’s isolation would deepen, and its relations with the rest of the world, the United States included, would be strained to the point of rupture. In the past decade, we have been drawn into two wars on Muslim soil. Both began with promises of quick and nearly bloodless (for us) “victory.” Neither has ended. We cannot afford a third.

….The regime that oppresses Iran thrives on anti-Americanism, grievance, and paranoia, and would be loath to give them up. But Iran itself is an enduring civilization of enormous positive potential, with an educated populace, a strong middle class, and a substantial, if for the time being quiescent, political opposition. One day, sooner or later, the mullahs will be gone, and it is only the people of Iran who can send them packing. But in order for that day to come the United States may need to exhibit—and induce Israel to exhibit—the kind of steady vigilance, strategic patience, and stomach for twilight uncertainty that allowed the full-sized Cold War, and, with it, a secular form of Manichaean ideology, to die a natural death.

Hertzberg’s point about U.S. involvement in an Iranian war is worth repeating: “In the past decade, we have been drawn into two wars on Muslim soil. Both began with promises of quick and nearly bloodless (for us) ‘victory.’ Neither has ended. We cannot afford a third.”

Beware of politicians who speak of quick and easy wars. Iran is isolated and time is on our side – we should press our advantage diplomatically.
Posted by Sisyphus at 10:31 AM No comments: