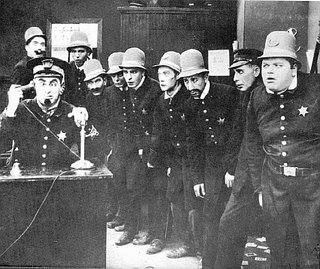 There was never any guarantee of success in Iraq but the manner in which the war plus reconstruction was executed by the Bush administration doomed it to failure. Many are blaming this on the incompetence of President Bush. However, while President Bush has made unique contributions to incompetent governance there is more to it than this President. It has to do with conservative ideology. (This is a theme this blog has touched upon here, here and here.)

According to Alan Wolfe, “Conservatives fail because those who hate government cannot run it very well…” And if you cannot govern, you cannot lead a nation into war and hope to win even when you have convinced yourself of the contrary. Conservatism is a roadblock to success.

Robert Farley explores this theme in The American Prospect:

War presidents profess bipartisanship for two reasons. First, a bipartisan approach allows an administration to draw on the ideological and human capital embedded in the foreign policy apparatus of both parties. Second, bringing the other party in provides an administration with some political cover in case of disaster. The Bush administration rejected both of these rationales. While nothing that the administration has done has absolved the hawks of their support for the war, the Democrats can honestly argue that they had no role in its disastrous execution. The administration wanted all the credit, and it's receiving all the blame. The exclusion of Democrats also meant that Republicans needed to make no compromises in their plan to rebuild Iraq. Both the ideology guiding the reconstruction of Iraq and the people who carried out the reconstruction belong to the Republican Party.
The result has been doubly disastrous: A group of people lacking the skills and expertise necessary to build a government in Iraq has been motivated by an ideology that fundamentally rejects the possibility of good government. …what the execution of the Iraq occupation has served to discredit first and foremost is the Republican concept of government.
Before the war and near the beginning of the occupation, it was commonly argued that the reconstruction of Iraq could follow the pattern set by the rehabilitation of Germany and Japan after World War II. The United States had created good government institutions in the former Axis powers, so building such institutions in Iraq should be no problem. This story ignored two facts about the New Deal-era civil servants who helped rebuild Germany and Japan: they had experience with the construction and maintenance of the institutions of one of the most activist governments that the United States has ever known; and they were motivated by an ideology that believed that good government could make a positive difference in people's lives -- could be a solution as well as a problem. Since the Reagan administration, the Republican Party has been dedicated to attacking both of these pillars. The idea of an apolitical civil service possessed of the expertise necessary to run government is anathema to conservatives, who view the civil service as both bloated and incompetent. More importantly, Republican ideology of the last twenty-five years is simply not well-equipped to understanding government as a solution and not a problem.
As Rajiv Chadrasekaran details in his new book Imperial Life in the Emerald City, the Republican position on governance and civil service expertise served to undermine the reconstruction of Iraq. Cronyism, the preference for political hacks over experts, and the exclusion of anyone not loyal to the Republican Party helped turn the reconstruction into a complete disaster. The construction of a democratic, stable Iraq may have been impossible anyway, but the Republican Party pursued the project in the manner least likely to produce success. The story of Bernie Kerik's tenure in Iraq is particularly telling. Because of his personal connections with Rudy Giuliani and by extension the president, Kerik became chief of Iraq's Interior Ministry. Although he lacked any managerial capacity, he could boast of loyalty, charisma, media savvy, and the will to ignore expert advice in favor of his gut. Predictably, his tenure was short and disastrous, as he spent more time engaging in flashy night raids than in running the ministry.
Kerik's experience was not exceptional. In one of the most notable anecdotes in Chadrasekaran's account, the hiring of CPA employees involved more careful examination of political attitudes than of experience or competence, to the degree that applicants were queried about their position on Roe vs. Wade and other domestic political questions.
Crucially, almost none of the failures of the CPA were accidental. The Republican disdain for civil service expertise led to the rejection of qualified professionals in favor of ideologically sympathetic hacks. Fundamental misunderstanding of (and resistance to) the regulatory foundation of a modern economy led to hopelessly botched efforts to reform Iraq's state owned industries. Most importantly, the belief that government is always a problem and never a solution produced an attitude of complaisance. With Saddam out of the way and the oppressive machinery of the Iraqi state in ruins, a free people and free market would blossom. Government obstructs commerce and restricts freedom; the idea that it can enable either was alien to the members of the CPA.
That the reconstruction of Iraq would likely have failed in any case doesn't absolve the ineptitude of those who tried to rebuild it. The flaws of the occupation were the flaws of movement conservatism, and the decision of the president to run the CPA as the international arm of the Republican Party doomed Iraq to the last four years of disaster. In short, the president assembled a group of inept people committed to an ideology that could not possibly have produced a good outcome. We'll be living with the consequences for years.

The problem with the argument that conservatives can't win wars is that it implies by default that liberals can... but I seem to remember that nobody liked government better than LBJ, and yet he is the only man in the history of the western world to have actually been less competant at war than Bush!

Your comment on LBJ is a stretch Joel when you consider LBJ inherited his war and his two son-in-laws actually had tours of duty in Vietnam.