The problems with Virginia’s term limits 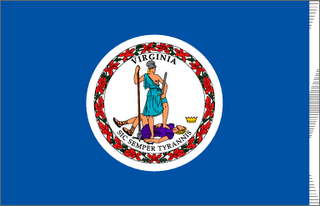 There is an article in this morning’s Richmond Times-Disptach polling former Virginia Governors on their positions regarding a proposal by Governor Tim Kaine to lift the one term limit and allow the voters of Virginia to elect their governor for one successive term:

Former Govs. L. Douglas Wilder, Jim Gilmore and Mark R. Warner favor a proposed constitutional amendment that would end Virginia's stance against succession. Virginia is the only state that does not allow sitting governors to succeed themselves.

Gov. Timothy M. Kaine and House Republicans are discussing a proposal in which the governor would give up some of his appointive powers in exchange for Republican support for two consecutive gubernatorial terms.
Former Govs. Gerald L. Baliles and Linwood Holton favor one six-year term. Former Govs. Charles S. Robb and George Allen prefer the current system.
A governor can serve more than one term, but not successively. Mills E. Godwin Jr. was governor from 1966 to 1970 and from 1974 to 1978.
Holton, Virginia's first modern Republican governor, served from 1970 to 1974. A two-term governorship "puts you in an impossible conflict-of-interest situation" because the governor would begin raising money for a second campaign as soon as he is elected to his first term, Holton said.
"You have got to spend so much time raising money for the next campaign," he said.
But Holton said he would consider consecutive terms if legislators reject a six-year term of office. He said he would not object to the governor ceding some of his appointive powers if that moves the legislature to act.
Wilder, governor from 1990 to 1994, said the learning curve for being governor is so steep that "it takes 18 months to get your sea legs.
"The authority of Virginia's governor is awesome," said Wilder, who is now Richmond's mayor.
The people can make the decision on a second term by rejecting a governor who did a bad job in his first term, Wilder added.
Wilder did not object to the governor giving up some of his appointive powers. A governor can make appointments in his last year, which extends his influence well beyond his term of office, he noted.
While not against two terms, Robb said he prefers one term. Robb was governor from 1982 to 1986.
Four years is enough time for a governor to carry out his priorities, he said. And if the governor does a good job, his successor likely will continue his initiatives, the former governor and Senator said.
Allen, governor from 1994 to 1998, agreed with Robb. The governor has ample powers without worrying about re-election, Allen said. As governor, he felt more continuity was needed in economic development, so the economic development department was made an independent entity free of political considerations, he said.
His successor, Gilmore, disagreed. Two terms would allow program continuity and accountability, he said.
"The American political system is fundamental in permitting voters to express themselves at the ballot box regarding a public official's previous performance," he wrote. "This directly affects the tone of officials' first terms; they know they must defend their priorities during the next election."
Gilmore was governor from 1998 to 2002.
His successor, Warner, said two terms would allow governors to make long-term change. Warner proposed a two-term amendment while governor but was rebuffed by Republicans in the House of Delegates. Warner was governor from 2002 to 2006.
Baliles, governor from 1986 to 1990, said that he favors a single six-year term, because with two four-year terms "you would spend the last two years of your first term campaigning for re-election," so the net effect would be six years.
Baliles said proponents of two terms make a good case, but one six-year term would combine the best of both worlds, more continuity without having to gear up for re-election.
If the amendment is adopted, former governors, who already have served a term, could serve only one more four-year term.
A constitutional convention debated a second term in 1969, but rejected it because the convention thought two terms might unduly enhance gubernatorial powers.
A constitutional amendment would have to pass two sessions, with an intervening election. Because there is an election this year, the question could be put to Virginia voters as early as November 2008.

The proposal is an appropriate half-step towards reform. The ideal system would do away with term limits altogether. Term limits are anti-democratic and guarantee inexperienced leadership with the government run by unseen bureaucrats who are only indirectly accountable to the public. Voters are mature enough to pass judgment on governors' performance and either re-elect them or throw them out of office. Former Governor Gilmore is not someone I ordinarily agree with but for once he is right on the money when he says, "The American political system is fundamental in permitting voters to express themselves at the ballot box regarding a public official's previous performance..”. This proposal is at least a move in the right direction.
Posted by Sisyphus at 8:15 AM