Another lost opportunity with Iran 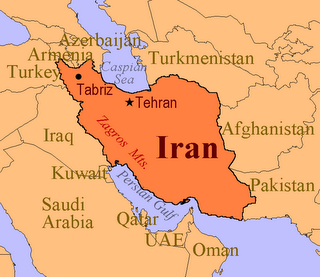 According to a report from the BBC, Iran offered the United States a package of concessions in 2003 in return for ending U.S. hostility. However, despite the inclination of the State Department to seize this opportunity, Vice President Cheney who opposes any communication with Iran blocked the overture to the U.S.

Tehran proposed ending support for Lebanese and Palestinian militant groups and helping to stabilise Iraq following the US-led invasion.
Offers, including making its nuclear programme more transparent, were conditional on the US ending hostility.
But Vice-President Dick Cheney's office rejected the plan, the official said.
The offers came in a letter, seen by Newsnight, which was unsigned but which the US state department apparently believed to have been approved by the highest authorities.
In return for its concessions, Tehran asked Washington to end its hostility, to end sanctions, and to disband the Iranian rebel group the Mujahedeen-e-Khalq and repatriate its members.
Former Iraqi leader Saddam Hussein had allowed the rebel group to base itself in Iraq, putting it under US power after the invasion.
One of the then Secretary of State Colin Powell's top aides told the BBC the state department was keen on the plan - but was over-ruled.
"We thought it was a very propitious moment to do that," Lawrence Wilkerson told Newsnight.
"But as soon as it got to the White House, and as soon as it got to the Vice-President's office, the old mantra of 'We don't talk to evil'... reasserted itself."
Observers say the Iranian offer as outlined nearly four years ago corresponds pretty closely to what Washington is demanding from Tehran now.
Since that time, Lebanese guerrilla group Hezbollah inflicted significant military losses on the major US ally in the region, Israel, in the 2006 conflict and is now claiming increased political power in Lebanon.
Palestinian militant group Hamas won power in parliamentary elections a year ago, opening a new chapter of conflict in Gaza and the West Bank.
The UN Security Council has imposed sanctions on Iran following its refusal to suspend its uranium enrichment programme.
Iran denies US accusations that its nuclear programme is designed to produce weapons.