Ellison to use Jefferson’s Koran 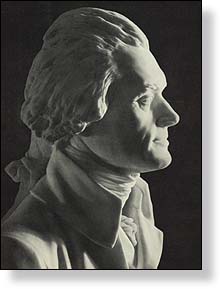 According to Think Progress, Congressman-elect Keith Ellison will use a Koran owned by Thomas Jefferson for a ceremonial oath taking of office tomorrow. This follows complaints by Virginia Congressman Virgil Goode about Mr. Ellison and Muslims in general. There is no word yet if Goode will use the Jefferson Bible for this swearing in.

Rep.-elect Keith Ellison, the first Muslim elected to Congress, found himself under attack last month when he announced he'd take his oath of office on the Koran -- especially from Virginia Rep. Virgil Goode, who called it a threat to American values.
Yet the holy book at tomorrow's ceremony has an unassailably all-American provenance. We've learned that the new congressman -- in a savvy bit of political symbolism -- will hold the personal copy once owned by Thomas Jefferson.
***
Jefferson's copy is an English translation by George Sale published in the 1750s; it survived the 1851 fire that destroyed most of Jefferson's collection and has his customary initialing on the pages. This isn't the first historic book used for swearing-in ceremonies -- the Library has allowed VIPs to use rare Bibles for inaugurations and other special occasions.
Ellison will take the official oath of office along with the other incoming members in the House chamber, then use the Koran in his individual, ceremonial oath with new Speaker Nancy Pelosi. "Keith is paying respect not only to the founding fathers' belief in religious freedom but the Constitution itself," said Ellison spokesman Rick Jauert.
One person unlikely to be swayed by the book's illustrious history is Goode, who released a letter two weeks ago objecting to Ellison's use of the Koran. "I believe that the overwhelming majority of voters in my district would prefer the use of the Bible," the Virginia Republican told Fox News, and then went on to warn about what he regards as the dangers of Muslims immigrating to the United States and Muslims gaining elective office.
Yeah, but what about a Koran that belonged to one of the greatest Virginians in history? Goode, who represents Jefferson's birthplace of Albemarle County, had no comment yesterday.

Did Jefferson cut out the miraculous parts of the Koran, too?