Are we following Japan’s path to inconsistent and unstable leadership? 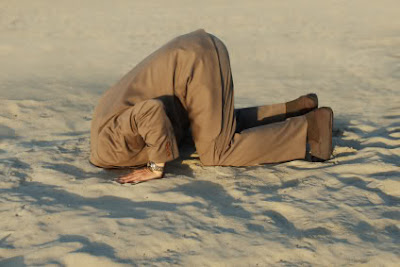 What do this week’s mid-term elections say about governing stability in this country and our ability to govern ourselves? This nation is fighting two different wars, is struggling with the worse economic downturn since the 1930’s, has an aging population, and is experiencing a crumbling infrastructure. Yet, the outcome of the congressional races this week means legislative gridlock for at least two years.

There is no question the poor economy was a major factor in the election outcome. It seems many voters confused doing too little as doing too much and seem to forget (if they ever knew) when this recession started and what triggered it. They seem to desire a balanced budget silver bullet promoted by various snake-oil salesmen most notably Republicans responsible for creating the huge budgetary deficit during the previous administration that left this country in a weakened position to fight the recession. Still the Obama administration deserves some blame for failing to take necessary bolder action to get the economy moving and politically making sure the American people were with them every step of the way.

The larger question, though, is what does this say about the future of governance (and the economy) in this country. John Judis believes there is reason to worry we may be in an era similar to what the Japanese have suffered during the past couple of decades:

Republicans might say it’s the re-emergence of a conservative Republican majority, but that’s not really what happened. What this election suggests to me is that the United States may have finally lost its ability to adapt politically to the systemic crises that it has periodically faced. America emerged from the Civil War, the depression of the 1890s, World War I, and the Great Depression and World War II stronger than ever—with a more buoyant economy and greater international standing. A large part of the reason was the political system’s ability to provide the leadership the country needed. But what this election suggests to me is that this may no longer be the case.

This economic downturn structurally resembles the depressions of the 1890s and the 1930s rather than the cyclical recessions that have recurred since World War II. The American people, mired in debt, with one in six lacking full-time employment, are not spending; and businesses, uncertain of demand for their products, are not investing no matter how low interest rates fall. With the Fed virtually powerless, the only way to stimulate private demand and investment is through public spending. Obama tried to do this with his initial stimulus program, but it was watered down by tax cuts, and undermined by decreases in state spending. By this summer, its effect had dissipated.

The Republicans may not have a mandate to repeal health care, but they do have one to cut spending. Many voters have concluded that Obama’s stimulus program actually contributed to the rise in unemployment and that cutting public spending will speed a recovery. It’s complete nonsense, as the experience of the United States in 1937 or of Japan in the 1990s demonstrated, but it will guide Republican thinking in Congress, and prevent Obama and the Democrats from passing a new stimulus program. Republicans will accede to tax cuts, especially if they are skewed toward the wealthy, but tax cuts can be saved rather than spent. They won’t halt the slowdown. Which leads me to expect that the slowdown will continue—with disastrous results for the country.

And that’s only what one can expect over the next few years. Like the depressions of the 1890s and 1930s, this slowdown was also precipitated by the exhaustion of opportunities for economic growth. America’s challenge over the next decade will be to develop new industries that can produce goods and services that can be sold on the world market. The United States has a head start in biotechnology and computer technology, but as the Obama administration recognized, much of the new demand will focus on the development of renewable energy and green technology. As the Chinese, Japanese, and Europeans understand, these kinds of industries require government coordination and subsidies. But the new generation of Republicans rejects this kind of industrial policy. They even oppose Obama’s obviously successful auto bailout.

Instead, when America finally recovers, it is likely to re-create the older economic structure that got the country in trouble in the first place: dependence on foreign oil to run cars; a bloated and unstable financial sector that primarily feeds upon itself and upon a credit-hungry public; boarded-up factories; and huge and growing trade deficits with Asia. These continuing trade deficits, combined with budget deficits, will finally reduce confidence in the dollar to the point where it ceases to be a viable international currency.

The election results will also put an end to the Obama administration’s attempt to reach an international climate accord. It will cripple its ability to adopt domestic limits on carbon emissions. The election could also doom Obama’s one substantial foreign policy achievement—the arms treaty it signed with Russia that still awaits Senate confirmation. In other areas, the Obama administration will be able to act without having to seek congressional approval. But there is little reason to believe that the class of Republicans will be helpful in formulating a tough policy toward an increasingly arrogant China, extricating America from Afghanistan, and using American leverage to seek a peaceful settlement of Israeli-Palestinian conflict.

Where does that leave American politics? If the downturn continues unabated—and it might—and if the Republicans can control their radical right (the way that Reagan co-opted the Christian right in 1980 and 1984), and if they nominate and unite behind someone like Mitt Romney in 2012, and if Obama doesn’t revive the movement that carried him to the White House in 2008, the Republicans could win back the presidency. But if I am right about the fundamental problems that this nation suffers from at home and overseas, then any politician’s or political party’s victory is likely to prove short-lived. If you want to imagine what American politics will be like, think about Japan.

Japan had a remarkably stable leadership from the end of World War II until their bubble burst in the 1990s. As the country has stumbled over the last two decades, unable finally to extricate from its slump, it has suffered through a rapid of succession of leaders, several of whom, like Obama, have stirred hopes of renewal and reform, only to create disillusionment and despair within the electorate. From 1950 to 1970, Japan had six prime ministers. It has had 14 from 1990 to the present, and six from 2005 to the present. That kind of political instability is both cause and effect of Japan’s inability to transform its economy and international relations to meet the challenges of a new century.

The United States does not have a parliamentary system. It has been characterized by long-term political realignments in which one party had been dominant for a decade or more. But the latest realignments have not come to pass. In 2001, Karl Rove believed that George W. Bush had created a new McKinley majority that would endure for decades; and when Obama was elected, many Democrats, including me, thought that he had a chance to create a Roosevelt-like Democratic majority. But instead, like Japan, we’ve had a succession of false dawns, or what Walter Dean Burnham once called an “unstable equilibrium.” That’s not good for party loyalists, but it’s also not good for the country. America needs bold and consistent leadership to get us out of the impasse we are in, but if this election says anything, it’s that we’re not going to get it over the next two or maybe even ten years.

You can read the entire article here.
Posted by Sisyphus at 10:28 AM 1 comment:

What difference will today’s elections make? 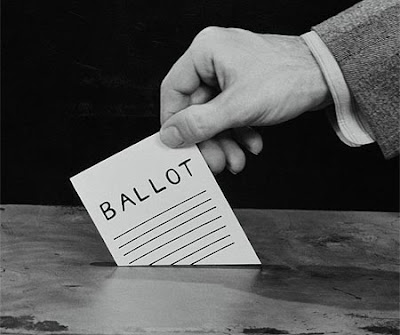 It has been said over and over again that mid-term elections give Presidents heartburn. As a general rule the President’s party loses seats in Congress between Presidential elections.

Add on top of that the fact that Democrats have increased their numbers in both the Senate and the House during the past two elections taking several seats that had been traditionally Republican. That leaves Democrats on the defense in very vulnerable races to begin with.

In addition, while the economy crashed during the Bush administration the effects weren’t really felt until after the Obama administration took office. Twenty-two months into the Obama administration the economy is still a mess. Some economists see flickers of hope but that’s pretty academic to most Americans. So whether the public is unfairly blaming the Democrats for causing the economic downturn or (more fairly) blaming the Democrats for not doing enough to reverse the downturn the bottom line is the majority gets the blame the lousy state of our economy.

So the Democrats are going to lose seats in the Senate and the House of Representatives.

Depending on which poll you follow, the Democratic loss will likely include the majority in the House of Representatives and possibly (although less likely) the majority in the Senate. (It should be noted that the victory of the National League in the World Series is a promising development.) So if the Republicans take majorities in both houses of Congress or if the Democrats retain majorities in both houses but with reduced numbers what will the impact be? Mathew Yglesias thinks the 2010 midterm elections, in comparison to other elections, won’t matter that much:

…. The 2008 elections led, after all, to a very important piece of health care legislation that’s not going to be repealed during the 112th congress. In other words, even after the soon-to-come revival of conservative political fortunes the health policy status quo is going to settle well to the left of where it was before the election. And it seems overwhelmingly likely to me that had Kay Hagan and Al Franken not won their close elections in North Carolina and Minnesota that the Affordable Care Act never would have passed. So as far as elections go, that’s a pretty big deal.

By contrast, looking ahead even if the Democrats defy expectations and eke out a narrow House majority they’re not going to turn around and pass a cap-and-trade bill. And if Republicans defy expectations and pick up 65 House seats instead of 55 House seats, that’s not going to conjure up the votes to scrap the minimum wage. In any remotely plausible range of outcomes, we’ll be looking at an era where either nothing happens or else compromises are reached between the party leaders. The precise numbers matter of course, but they don’t matter nearly as much as they did in the current congress where a couple Democratic “reach” wins in Senate elections transformed the situation.

Yglesias is right – the 2008 election was a trans-formative election and this one will not be. Still, with the nation involved in two wars and Americans struggling in the worst recession since the 1930’s the expectation of Congressional gridlock for the next two years is not reassuring
Posted by Sisyphus at 9:39 AM No comments: