We are all interracial 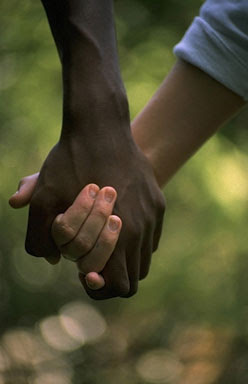 The is about to elect to the Presidency for the first time the son of an interracial marriage. His parents were of the same generation as Mildred and Richard Loving whose interracial marriage was the subject of a successful legal challenge to this nation’s anti-miscegenation laws. (Mildred Loving passed away this past week.)

Brent Staples has this interesting piece below in today’s New York Times. He examines the mixed race community in where the Lovings resided. The point here is the history of relationships between people of different races, particularly in areas where racial segregation was the law and allegedly the custom, were far more complex than many of us appreciate.

Americans born in the 21st century will shake their heads in disbelief on learning that 40 states once had laws prohibiting interracial marriage. The Supreme Court struck down the last of these statutes in the 1967 case of Mildred and Richard Loving, a black woman and a white man who were arrested and banished from for the crime of being married.

The couple became celebrities after the landmark ruling known as Loving v. . But Mildred and Richard wanted nothing to do with fame. They returned to the tiny, backwoods community of Central Point, in , , and shunned publicity. Richard died of injuries sustained in a car accident in 1975. Mildred, who died this month, was quiet and self-effacing and maintained all along that they married because they were in love, not to fight a civil rights battle.

The particulars of the case — which featured a stereotypical Southern sheriff and a medieval system of laws — turned into an emblem of blunt-force segregation. But the story was more complicated.

Like many rural areas in the Jim Crow South, was governed by two competing racial ideologies. The impulse toward segregation was of course etched in law. But Central Point, which had been a visibly mixed-race community since the 19th century, was home to a secret but paradoxically open interracialism. The community’s story goes a long way toward explaining how the Lovings thought about race and why they behaved as they did.

Virginia slave owners, including Thomas Jefferson, were notorious for fathering children with their slaves. The 19th-century diarist Mary Boykin Chesnut could easily have been speaking of planters when she wrote: “Like the patriarchs of old, our men live all in one house with their wives and their concubines; and the mulattoes one sees in every family partly resemble the white children.”

Many of the mixed-race men and women in settled in and around Central Point. They were already thriving by the early 20th century. Their church, St. Stephen’s Baptist, was, as one historian noted, “the largest and most costly house of worship in Caroline, white or colored.” People in the congregation and community were “as a whole, very nearly white,” the historian wrote, “and, out of their community, could not be recognized or distinguished as colored people.”

Inside , ’s strict laws on segregation applied. But when they ventured beyond — where no one knew them — many of Central Point’s residents found it a simple matter to “pass” as white. They visited white-only movie houses and restaurants. They also served in all-white units of the segregated Army during World War II.

The community developed a system for protecting the racial identities of Central Pointers who moved away and married into white families. When they took their white relatives back with them to visit, their younger brothers and sisters, who attended the colored school, just stayed home. This was well known to the teachers at the school, who apparently accepted the absences without question.

The state officials who enforced segregation were clearly aware of what Central Point’s residents were up to and tried to stop it. They circulated lists of families described as descendants of black people. For a time, the state “corrected” birth certificates to note the “real” race of the bearer. It didn’t change things much in Central Point.

By the time that Richard and Mildred had begun to date in the 1950s, they had lived their whole lives in a community that had made an art form of evading Jim Crow restrictions on relationships.

Some accounts suggest that Central Point already had many other interracial unions — both legal and common law. So why were Mildred and Richard singled out for arrest? It is possible that someone who held a grudge against the couple complained to the sheriff. Such a complaint could have come from one of the local white men who had taken a black lover and used the law as an excuse not to marry.

The Supreme Court ruling underscored the stupidity and unfairness of segregation. And the case drew back the curtain on the secret history of race in the South. But for Mildred and Richard this struggle was not about changing the world. It was about fighting for the right to be married to one another and then returning to the community that was their home.

Of course, it is worth remembering that race is a social construct – it is not based on biology. We used descriptive terms based on color – black, white, brown, red and yellow – that imply sharp differences. However, the reality is we are all simply various shades of brown. It is also the reality that our ancient ancestors produced for us a common genetic pool that is quite diverse. We are all interracial.

by saying we are all "interracial" you imply a biological concept that race is a social construct yet (by your own admission) race is a social construct. From which with my own thoughts I am going to say that race was originally used to give a class of citizens privilege for their race and that privilege has continued to exist until today.
Your statement "We are all interracial" is false by your standards

Of course, you are lying. Racial differences are genetic and traceable via genetic links.

While one can see common traits and genetic make-up, this does not prove a common ancestor.

Rather than pretend we are all the same, which we are not, it is more honest to acknowledge racial and gender differences, and value each person on an individual basis.

If Americans vote for Obama, all that will prove is that drug use has become rampant. No person with any rational reasoning capability left, would cast a vote for someone so devoid of leadership capability or experience.