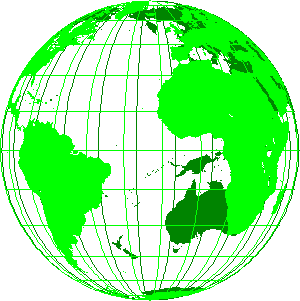 Last week President Bush felt the need to attack a fellow American using the forum of the Israeli Knesset. His remarks were aimed at Senator Obama’s foreign policy proposals regarding the greater use of diplomacy to resolve international conflicts and specifically those conflicts with Iran. Aside from the fact he traveled to another country to criticize the presumptive Democratic nominee for President using the worn out cliché of the so-called lessons of the 1938 Munich Agreement as a reason to avoid diplomacy with enemies he has nothing to show for his own policy of avoiding diplomacy in the Middle East. The result is the U.S. is left in a much weaker position than before, not stronger, by voluntarily becoming a non-player.

Everybody knew President Bush was aiming at Senator Barack Obama last week when he likened those who endorse talks with “terrorists and radicals” to appeasers of the Nazis. But now we know what Mr. Bush knew then — that Israel is in indirect peace talks with Syria, a prominent member of Mr. Bush’s list of shunned nations — and it seems as if the president was going for a two-for-one in his crack about appeasement.
If so, it was breathtakingly cynical to compare the leadership of the Jewish state with those who stood aside in the face of the Nazi onslaught, and irresponsible to try to restrain this American ally from pursuing a settlement that it judges as possibly being in its best interests.
But Mr. Bush turned his back on Israeli-Palestinian peace efforts for seven years (before opening the anemic Annapolis process in November), and he resisted previous moves by Jerusalem and Damascus to revive serious negotiations, last held in 2000, over the Golan Heights. Instead, he has sought to isolate Syria.
The list of Syria’s bad behavior is long: support for Hamas and Hezbollah, interference in Iraq; objections to Israeli-Palestinian peace; a suspected role in the assassination of the former Lebanese prime minister, Rafik Hariri; and increasingly close ties to Iran. But Israel has chosen to keep talking anyway and despite discovering — and bombing — an alleged nuclear reactor in Syria.
There are reasons to be skeptical that the negotiations, brokered by Turkey, will succeed. The Israeli prime minister, Ehud Olmert, is politically weak and under a corruption inquiry. Syria is more closely tied to Iran than ever. Many Israelis believe returning the Golan Heights, seized in the 1967 war, could put their country at greater risk. There also are concerns that a focus on Syria will divert Israeli attention from peacemaking with the Palestinians.
There could, however, be a big payoff if Syria can be weaned from Iran. We’ll never know unless Damascus’s willingness to talk is tested. We trust that Israel would not accept a deal that does not meet minimum demands, including an end to Syria enabling Hezbollah and Hamas and undermining democracy in Lebanon.
When he lashes out, as he did in Israel, Mr. Bush makes it harder for reasonable people to pursue diplomacy. And it is hypocritical. His administration has negotiated successfully with Libya (formerly on the terrorism list) and North Korea (still on the terrorism list) and has had limited, largely unsuccessful, contacts with Iran over its support for insurgents in Iraq. Israel is indirectly negotiating a cease-fire in Gaza with Hamas with the help of Egypt.
Mr. Bush’s approach is increasingly undermining American interests and causing Washington to be sidelined. To wit: an Arab-brokered political settlement on Lebanon reached Wednesday strengthened Hezbollah by giving it a veto over cabinet decisions.
Like Mr. Obama (and many others), we strongly encourage diplomacy, including contacts with adversaries. If Mr. Bush cannot use his remaining months in office to do the same, he can at least get out of the way.