War planning is detached from strategic purposes, history, and political and social dynamics. 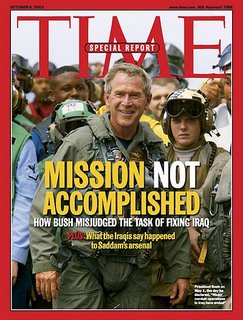 After much hoopla, the Baker-Hamilton Commission (a.k.a. the Iraq Study Group or ISG) report seems dead on arrival at the White House. The Bush administration seems ready to dismiss its analysis and recommendations and instead adopt recommendations of a report from the American Enterprise Institute or AEI (more on that below) calling for a temporary increase in the number of troops in Iraq in what has become known as the “surge.”
However, windows of opportunity do not remain open forever – they open and then close. Increasing the number of troops in Iraq was exactly the right thing to have done three and a half years ago. The administration that has ignored security in Iraq for years has suddenly discovered it. The new mantra is “we need to establish security first before the political work can be done.” That was true the first day American troops set foot in Baghdad but after years of sectarian fighting and civil war it is the politics that is now driving the violence. Increasing troops on the ground may have some effect on reducing the violence temporarily but until the political work is done in Iraq and with its neighbors there is no reason to expect anything other than ongoing warfare in Iraq. This is only another example of lack of planning – Bush is just making it up as it goes along and refuses to learn from his mistakes. As Sidney Blumenthal points out, “For him, there's no past, especially his own. There's only the present. The war is detached from strategic purposes, the history of Iraq and the region, and political and social dynamics, and instead is grasped as a test of character. Ultimately, what's at stake is his willpower.”
(And it is worth noting here there seems to be a tendency to forget we are fighting a second war – Afghanistan – that has been neglected. Unlike Iraq, that war is direct result of attacks on the United States on September 11th and also unlike Iraq the effort in Afghanistan is international. But with resources drained from this front to pour into Iraq the Taliban is making gains in parts of the country. How soon will it be before we have a Baker-Hamilton Commission to examine our failures there too?)

Sidney Blumenthal has written in today’s Guardian about the report AEI report that has the attention of President Bush :

You may read the entire piece here.
Posted by Sisyphus at 9:05 AM