The rich get richer and … you know the rest. 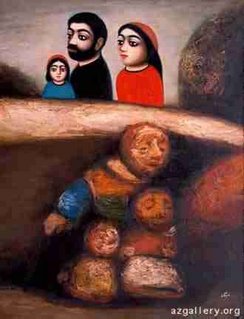 The World Institute for Development Economics Research has released a report the authors say is the most comprehensive study of personal wealth ever conducted. Why is wealth important? According to the authors it serves as a kind of insurance when income falls because of unemployment or old age. Wealth is also a source of finance for businesses. As a result, countries with less personal wealth tend to have weaker financial systems. The data is from the year 2000.

This is from the BBC:

The richest 2% of adults in the world own more than half of all household wealth, according to a new study by a United Nations research institute.
The report, from the World Institute for Development Economics Research at the UN University, says that the poorer half of the world's population own barely 1% of global wealth.
There have of course been many studies of worldwide inequality.
But what is new about this report, the authors say, is its coverage.
It deals with all countries in the world - either actual data or estimates based on statistical analysis - and it deals with wealth, where most previous research has looked at income.
What they mean by wealth in this study is what people own, less what they owe - their debts. The assets include land, buildings, animals and financial assets.
The analysis shows, as have many other less comprehensive studies, striking divergences in wealth between countries.
Wealth is heavily concentrated in North America, Europe and some countries in the Asia Pacific region, such as Japan and Australia.
These countries account for 90% of household wealth.
The study also finds that inequality is sharper in wealth than in annual income.
And it uncovers some striking differences in the types of assets that dominate in different countries.
In less developed nations, land and farm assets are more important, reflecting the greater importance of agriculture in those economies.
In addition, the report says the weighting is the result of "immature" financial institutions, which make it much harder for people to have savings accounts or shares.
In contrast, some citizens of the rich countries have more debt than assets - making them, the report says, among the poorest in the world in terms of household wealth. However, they are presumably better off in terms of what they consume than many people in developing countries.