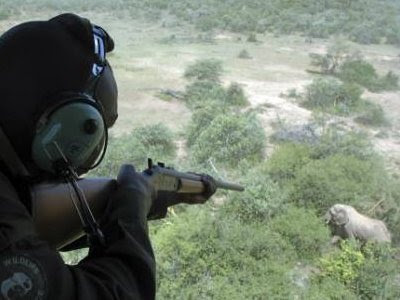 The Democratic Republic of Congo (formerly the Belgian Congo, Zaire and Republic of the Congo) has a history of over a century of misery. From King Leopold and the Belgian rubber plantations to the current chaos in central Africa, the Congolese people have been victims of those with power who simply take what they want and do as they please.

The First Congo War led to the toppling of 32-year Mobutu dictatorship in 1997. From 1998 through 2003 the country suffered from the Second Congo War – the world’s deadliest conflict since WWII. An estimated 3.9 million people have died since 1998 from war related violence, hunger and disease.

However, while the fighting is no longer on the level it was during the ’98-’03 period, it has not ceased. There are armies from a number of different countries and private militias roving the country raping, looting, enslaving and killing with no one to stop them. The central government is so corrupt and weak it cannot protect its citizens. A country wealthy with many natural resources is impoverished as coltan, diamonds, gold and cassiterite are exported to the world market and the revenue is used to fuel the ongoing fighting.

And now reports are coming out that at least the militias that rove through the countryside have slaughtered at least ten percent of the elephants of one of Africa’s oldest national parks for their valuable ivory as well as meat. There is a growing demand from China for ivory.

Rebels and soldiers in the Democratic Republic of Congo killed more than a 10th of the elephants in one of Africa's oldest national parks as demand for ivory in China grows, said Emmanuel de Merode, director of the Virunga National Park.
Members of a Rwandan militia in the country's eastern North Kivu province killed seven elephants in the last two weeks, taking this year's total to 24, de Merode said today in an interview from the park's headquarters in Rumangabo.
``There is a large presence of military forces,'' de Merode said. ``There is a correlation between this and the growth in Chinese ivory sales.''
Elephant numbers in the 790,000-hectare (1.9 million-acre) park have dropped from 2,889 in 1960 to fewer than 200 today, as conflict in the region spurred poaching. During the past 12 years, 120 park wardens have died while trying to protect the park from armed groups, de Merode said.
Congo's national army, a Rwandan Hutu militia, a Congolese Tutsi rebel group and local militias are battling for control over the area.
This year's poaching wave was causing by the need for meat and income from ivory sales to China, de Merode said.
Even though poaching has risen, Virunga, which is home to more different species than any other African park, has not lost a species since 1950.
The African elephant is ``considered to be facing a high risk of extinction in the wild,'' according to the International Union for the Conservation of Nature and Natural Resources.

In the case of Zaire/Congo the suffering of the people and the lack of management of their resources can be attributed to us, the US. While the Belgians at least tried to leave a functioning government (although they did, in a bit of a tiff, take the plans to the sewer and water systems of Kinshasa leaving repairs to be hit or miss to this day) we destroyed their nascent government. Larry Devlin (fun guy, I went to school with his kids) and the CIA installed Mobuto and then supported him with weekly covert flights (a weekly plane, unmarked but owned by the CIA, that delivered cash and left with a load of minerals from N'Djili to points unknown). When the Cold War ended we lost interest in Mobuto and allowed his regime to slowly collapse leaving a vacuum that has led to the strife over the past decade, the slaughter of the elephants, and the misuse of their resources.

Had we at least made an effort, once we had meddled, to install or foster a responsible government the people of Zaire would at least live a lifestyle worthy of their rich resources. Instead they starve and die while tin pot militia leaders fight for control and use the resources for weapons and not for the good of the people.