Abortion does not cause mental illness 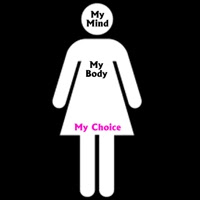 The review of previous studies comes as legislation across the country to limit abortion based upon the reasoning it is harmful to women’s mental health has either been enacted or is being considered. According to the Wall Street Journal:

The report comes at a pivotal time as some judges and lawmakers have begun to make decisions in part based on peer-reviewed studies suggesting women who have had abortions are at higher risk of anxiety, depression and substance abuse.
Abortion opponents cite these studies, as well as testimony from women who describe years of psychological turmoil after abortions, to make the case that the state must restrict abortion to protect women's mental health.
The U.S. Supreme Court cited this reasoning last year in upholding a ban on a late-term procedure known as partial-birth abortion. South Dakota incorporated the same rationale into a new mandate that abortion doctors must tell prospective patients they will be putting themselves at risk for psychological distress and suicide.
The abortion-hurts-women view is also being used to promote a broad abortion ban on South Dakota's fall ballot. The argument: A woman may think she wants to end a pregnancy, may even feel relief when she does, but she will suffer for it later. So the state has a duty to stop her.

However, many of the academic studies on which the abortion-as-harmful-to-mental-health legislation is based were found to be flawed. The task force found many of the studies it reviewed to suffer from methodological problems including those that failed to control for other obvious risk factors such as poverty, social stigma, domestic violence, substance abuse, prior unwanted births, and pre-existing emotional problems. Therefore, the task force focused on those they determined to be more methodologically sound.

According to the APA:

"The best scientific evidence published indicates that among adult women who have an unplanned pregnancy, the relative risk of mental health problems is no greater if they have a single elective first-trimester abortion or deliver that pregnancy," said Brenda Major, PhD, chair of the task force. "The evidence regarding the relative mental health risks associated with multiple abortions is more uncertain."
The task force found that some studies indicate that some women do experience sadness, grief and feelings of loss following an abortion, and some may experience "clinically significant disorders, including depression and anxiety." However, the task force found "no evidence sufficient to support the claim that an observed association between abortion history and mental health was caused by the abortion per se, as opposed to other factors."
The report noted that other co-occurring risk factors, including poverty, prior exposure to violence, a history of emotional problems, a history of drug or alcohol use, and prior unwanted births predispose women to experience both unwanted pregnancies and mental health problems after a pregnancy, irrespective of how the pregnancy is resolved. Failures to control for these co-occurring risk factors, the task force noted, may lead to reports of associations between abortion history and mental health problems that are misleading.
The report noted that women have abortions for many different reasons and within different personal, social, economic and cultural circumstances, all of which could affect a woman's mental state following abortion. "Consequently," the task force wrote, "global statements about the psychological impact of abortion can be misleading."

Melissa McEwan believes much of the logic of much of the abortion-is-bad-for-mental-health is based upon a misperception of women in the first place:

Thing is, not all women do suffer distress after an abortion. Some women feel distress at a pregnancy, which is why they seek out abortions. Plenty of women surely feel a combination of sadness and relief after an abortion, given that, to my understanding, abortions don't eliminate the ability to hold two thoughts in one's head at the same time.
But it's really the women who feel no regret that seems to bother and confound us. There's not a strong cultural narrative for women who are equipped to carry a child but totally don't want to, irrespective of their reasons. Most discussions of abortion axiomatically regard pregnancy as something every woman wants and to which every woman will have a special connection, which is why so much legislation is designed with the presumption that women seeking abortions have had to deny the reality of being pregnant – that if only she sees it's a baby on an ultrasound … if only she hears the fetal heartbeat … if only she just thinks about what she's doing for 24 more hours …
To the women who seek abortions, the reality of being pregnant is not something they get an abortion in spite of. It is precisely what's driving them to seek the abortion in the first place.
Maybe if we could wrap our heads around that, we could finally wrap our heads around the idea that abortions do not cause mental distress to the women who get them.