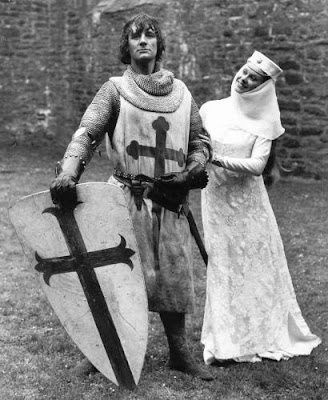 The McCain campaign has prevented his Vice President running mate, Sara Palin, from speaking to the press so the public can learn something about her. It seems the Governor of Alaska, who as potentially the President of the United States and someone who may have to go one-on-one with Vladimir Putin or other less than friendly world leaders, is jut too fragile (or lightweight) to answer questions. The campaign says she will not be made available until she can be “treated with respect and deference.” To guarantee control over the questions she is asked and the answers she gives, the campaign has agreed to multiple interviews by Charlie Gibson of ABC. As Joshua Marshall points out this is the format for lifestyle and celebrity interviews not political ones because the host can restrict what the interviewer asks. This is not exactly confidence building in Mr. McCain’s choice.

Given the absence of substance from the McCain campaign, what do we know about this obscure woman from Alaska? We know little or nothing about her positions on complex issues or her style of governance or her competence in leadership. We do know that political conservatism is intellectually bankrupt so she is being promoted as a symbol to stoke the fires of cultural warfare. Playing on the “us-vs.-them” resentments and fears within American society has been a winning strategy in the past for right-wingers so here we go again. Kevin Mattson has these thoughts:

So what do we know about this young governor from Alaska, besides the fact that team McCain forgot to vet her? The list keeps growing, because it was left to the media to find out.
So far, we’ve got a 17-year-old pregnant, unwed daughter and a mother with no tolerance for sex education and abortion; trooper-gate in which she is accused of using her influence to fire a state trooper involved in a messy divorce with a family member; friendly relations with the Alaska secession movement (Alaska First!); connections to Republican lobbyist Jack Abramoff and Alaska U.S. Senator Ted Stevens; a push to ban books in public libraries; at first favoring and then opposing the “Bridge to Nowhere”; and finally the idea that somehow the Iraq war was God-inspired.
We’ve also got a sense of the McCain campaign’s strategy to deal with Sarah Palin’s problems: Blame them on the media. The elite media, that is. In translation that means blaming journalists who check for things called facts and then report those facts to readers or viewers in an effort to figure out what they mean. For the right, the liberal media is just ganging up on a defenseless “hockey mom” from a small town in Alaska.
It’s the salt of the earth versus what Nixon vice president Spiro Agnew called “the nattering nabobs of negativism” all over again. The Republican base is energized and ready to rumble; its war cry is against the media elite and their right to believe whatever they want.
On PBS, I watched David Brooks talk about Palin’s acceptance speech. He argued that Palin didn’t press social issues, that she had therefore evaded the culture wars. Instead, Brooks explained, she described herself as a hockey mom who had angered the D.C. elite. It was all I could do to stop from screaming—in order not to awake my son sleeping upstairs—that’s “the META-CULTURE WAR!” The Republican salt of the earth—the base that’s jazzed up by one of the most conservative party platforms in history—are slaying the liberal establishment (even though such a thing doesn’t exist any longer).
Do we really want to live with this for the next sixty days, let alone for four years afterwards?
The Republican Convention has made it clear: Their base is happy. The word on the floor of the Republican National Convention, from everything we can tell so far, is excitement and pleasure at having a hard-line, anti-abortion young female candidate in second place on the ticket (and in line with the furthest right party platform ever). The reports about the bizarre aspects of Palin’s worldview can now be chalked up to the “other America,” the America of inquisitive negativism.
George Orwell once said that to imagine the future is to imagine a boot stomping on someone’s face over and over. I would say that to imagine the conservative future is to imagine an unending culture war. Permanent war and apocalypse. And permanent rebellion against an establishment that exists only in the imagination of those waging the war.
There are better reasons to vote for Obama than what we got the past two nights at the Republican National Convention. But, nonetheless, a pretty good reason to vote for him this year is to try to prevent the culture wars that John McCain seems intent on reigniting.

"the absence of substance from the McCain campaign"

Bold words in comparison to the campaign of Barry "Don't ask me any tough question or expect anything more than rhetorical flourishes" Obama.

However, I love the picture from Holy Grail.