The Pennsylvania primary: What message will the voters send? 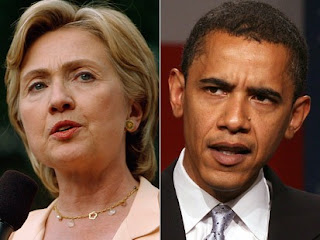 Tomorrow Pennsylvania holds its primary for the Democratic presidential nomination. According to rules that allocates state delegates to the national convention somewhat proportionally, the winner will walk away with a prize only marginally better than what is allocated to second place. Given the lead Senator Obama has in delegates under this system there is no way Senator Clinton can beat him. Senator Obama, on the other hand, despite the lead still falls short of the majority he needs to wrap this nomination up. Therefore, the importance of Pennsylvania will be the impact it has on the remaining uncommitted super delegates.

The party’s so-call super delegates will eventually determine the winner. These are delegates given automatic delegate status by the Democratic National Committee. It includes sitting Democratic Senators, Representatives and Governors. The reasoning is these are the officials who will run on the same ticket as the Democratic nominee and will work with the newly elected Democratic President. The designation of super delegate status to these elected representatives makes all the sense in the world. As of this writing they are roughly evenly split in their support with 97 backing Senator Clinton, 103 for Senator Obama and 98 undecided.

The other large group of supers is members of the Democratic National Committee (DNC). The reasoning for their special status is a little murky. They are essentially unknown to the public and are not accountable to the public. Perhaps they felt they deserved a reward for devising such an efficient and fair nominating process. The bottom line is they were in a position to give themselves a plum and did so. Being party insiders they tend to favor the establishment candidate. It is among this group that Senator Clinton hopes will rally to her. So far she leads with commitments from 143 DNC while 115 are backing Senator Obama and 139 remain uncommitted.

In Pennsylvania, Democrats will have a clear choice between the politics of the future and the past. It has demographics – older and whiter – that favor Clinton and just a few weeks ago she was leading in polls by 20 points. Yet, as the campaign intensified in the state and voters got to know Obama and Clinton better, her lead has narrowed.

The delegate allocation following tomorrow’s vote will not change the status of the race substantially one way or the other. However, the message Pennsylvania voters send to the undecided super delegates will matter.

Here are Andrew Sullivan’s thoughts on the Pennsylvania race in the Sunday Times:

…the Clintons have turned Pennsylvania into a microcosm of what they think the general election will be in November. And the Clintons are running as the Rove Republicans. If they fail to destroy Barack Obama as effectively as Karl Rove – Bush’s master of the dark arts – destroyed Al Gore and John Kerry in 2000 and 2004, with tactics just as brutal but even more personal, then they will have driven American politics to a critical point. They will have shown that the paradigm that has reigned in US politics for at least two decades has been shattered.
That’s what is being tested this coming week. It may be the most important vote in America until the final one in November.
For a month now, Obama has been pummelled by a Democrat in ways I have never witnessed in a primary campaign. Senator Hillary Clinton has directly argued that he is less qualified to be commander-in-chief than the Republican nominee, John McCain. She has said that she doesn’t know for sure that he is not a secret Muslim. She has said his choice of church is unacceptable to her. She has said he deliberately wants many Americans to continue scraping by without health insurance.
Her campaign has insinuated that he was once a drug dealer. Her husband has equated him with the rabble-rousing preacher Jesse Jackson. The Clintons have publicly associated Obama with domestic terrorist William Ayers, with the militant Palestinian group Hamas, and with antisemitic demagogue Louis Farrakhan. And what is remarkable about all this is that most of it was not done by surrogates, but by a former president of the United States against a senator in his own party, and directly by Clinton herself. Every time you think: “Nah, they won’t go there, will they?” – they do.
*****
Not since the Clintons ran radio ads in 1996, bragging that they had defended American values from homosexuals, had the adoption of pure Republican tactics been so obvious. And this time, it was against a Democrat.
This, the Clintonites tell us, is what the Republicans will do to Obama this autumn. So we’re only showing you! The strategy is to persuade super-delegates that only the Clinton brand can withstand Rove-style attacks, and so foment a revolution before or at the convention to dislodge the candidate with the most pledged delegates and the greatest number of popular votes.
They are, of course, only doing this for the sake of their party, their country and the world. That the tactic also correlates with the Clintons’ recapturing control of a party that was finally moving past them is pure coincidence.
And that’s why Tuesday will be so instructive. Hillary Clinton should win Pennsylvania easily. She had a 20-point lead until relatively recently. And if the Clintons are right about their classic Atwater-Rove tactics, she will win by double-digits after throwing the kitchen sink, the boiler, the couch and the septic tank at her opponent.
However, if Obama keeps her lead to single digits, if he goes on to win in North Carolina and Indiana, if the momentum of the race does not change, something else will be shown.
It will show that the crisis America is in now has made the kind of tactics of the past two decades moot. It will show that the issues of the Iraq occupation, the teetering economy, the unsustainable debt, the collapsing dollar, the constitutional disarray and the moral collapse of the torture programme are now more salient than cultural identity. It will show that the voters actually want to debate something more than lapel pins and who is or is not a secret Muslim or patriot. It will show we are in a new era.
Maybe we’re not. Maybe the old politics and the old patterns have one more turn of the screw to go. Maybe the Clintons are right. And that’s the beauty of democracy. On Tuesday, we will go a long way towards finding out.