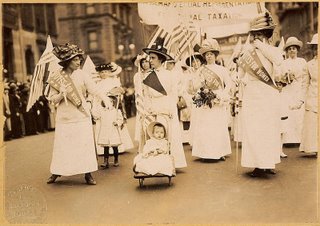 “American democracy is beginning to resemble a Western movie set: authentic-looking storefronts with nothing behind them. We continue to hold elections for Congress and state legislatures, but in the overwhelming majority of districts, the winner is determined long before Election Day.” That’s how Stephen Chapman puts it and he has it right.

That said, I think it is fair to say despite the great accomplishment finally of universal enfranchisement, our democracy is in trouble. Americans tend to talk more about (as well as fight and die for) democracy than actually participate in it. The average voter participation for the past nine congressional elections in the United States is 54%, one of the lowest of all democratic countries. In the 2004 congressional elections, 91% (396 seats) went to incumbents. Of the 9% (39 seats) going to non-incumbents, only 5 elections represented turnovers against incumbents – the rest were open seats of retiring members. One could take the position these results show overwhelming confidence in not just a majority of our representatives but the overwhelming majority of them. Or one could take the position the system has become corrupt to the point elections are almost meaningless. Hmmm.

Congressional districts have been redrawn every ten years since the beginning of the republic and gerrymandering is nothing new. However, computer technology has made redistricting more and more sophisticated during the past decade so that districts are almost custom made for incumbents and their political party. That is bad enough but Texas Republicans in control of the state legislature in 2003 decided they could not wait until 2010 and redrew the districts again for the sole purpose of increasing Republican representation in the U.S. House of Representatives. As Stephen Chapman puts it,

Supporters of the plan were not bashful about their goal, which
required moving eight million of the state's 22 million people into new
districts. The operative idea is simple: If voters don't like your pitch, don't
change your pitch -- change your voters. In defending the effort in court, the
state agreed that "partisan gain was the motivating force behind the decision to
redistrict in 2003."

But the fairness is only skin-deep. The state's own expert,
testifying in court, admitted that even if Democrats got half of the total vote,
they would probably win no more than 38 percent of the congressional
races.

The Texas Republican Party insisted that the old map, which rigged
things in favor of Democrats, was even less representative than the new one. But
it's no solution to replace one grossly unfair partisan reapportionment with
another. The winners change, but the losers -- the people of Texas -- remain the
same.

The system has become so out of whack that it has become almost pointless to even bother to vote in most congressional elections. Yet, the United States Supreme Court last week, gave its blessing in the Texas case to unlimited redistricting to fine-tune the predetermination of elections. Members of the Supreme Court are appointed for life but in a democratic system members of the legislature should not be serving life-time terms.

Term limits are no solution because it addresses the problem through the wrong end of the telescope. If constituents truly like their representative, then why should they be limited from electing that person again and again? The problem is not individual candidates but the system which predetermines outcomes by gerrymandering.

To complicate matters, the United States lacks national standards as to how districts are to be drawn for our national legislature beyond the vague requirements of Article 1, Section 2 of the United States Constitution. Most congressional maps are redraws by state legislatures but not all. According to Fair Vote, “In twelve states, the legislature does not have final authority to redistrict. Alaska, Idaho and Arizona recently became part of these twelve states as they used a redistricting commission for the first time in 2000. Only six states – Arizona, Hawaii, Idaho, Montana, New Jersey, and Washington – give authority for congressional line drawing to a commission. Iowa uses an independent commission to develop plans which are later approved by the legislature.” What the Supreme Court approved of was for one more variation for one more state in this hodgepodge system.

This, of course, is on top of the guarantee by the U.S. Constitution that each state shall have at least one representative in the House of Representatives meaning small states have a disproportionate amount of power. (The same point applies to the United States Senate as Hendrick Hertzberg pointed out in a piece in the New Yorker about the Senate filibuster rule. For example as he states, “Fifty-one senators—a majority—can represent states with as little as seventeen per cent of the American people.” And, of course, the Electoral College that elects our President is based upon congressional and Senate representation giving unequal weight to voters.)

I’m all in favor of a radical rewriting of the Constitutional unequal distribution of power as currently exists in the House of Representatives, the United States Senate and the Electoral College to something far more democratic. In fact, I would favor proportional representation if not a parliamentary system altogether. For the time being that’s dreaming.

Something far more modest but a step in the right direction would be legislation sponsored by Congressman John Tanner to not only nationalize standards for congressional redistricting but turn the process over to independent and bipartisan redistricting commissions in each state. The commissions would consider the following criteria: Adherence to the U.S. Constitution and Voting Rights Act; Equal population from district to district; Contiguity and compactness of the district, and; Maintenance of traditional boundaries (counties or parishes, cities, towns, voting precincts). They would specifically not take into account voting history, party affiliation of voters or effects on incumbents. This process is very similar to what parliamentary systems in Europe use.

This would be a modest but reasonable reform. Of course, maybe that’s still just dreaming.
Posted by Sisyphus at 12:44 AM