Reflections on growing up and Memorial Day 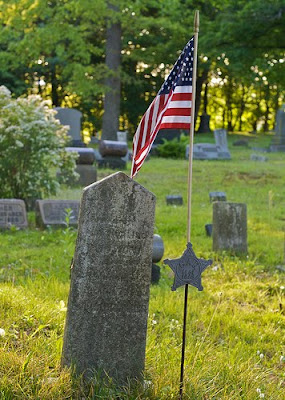 I grew up in the small community of Liberty, Indiana. It was (and remains today) a small town but the center of a much larger surrounding rural community in Union County. Memorial Day was a communal event. Small red paper poppies with green wire, handmade by veterans in veterans’ hospitals, were a common sight on the lapels of people a day or two leading up to Memorial Day.

My father was a WWII veteran and a member of the local American Legion and VFW posts. One or both organizations had lists of all the veterans buried in all the cemeteries in the county. Members were assigned a cemetery and given bundles of small American flags to decorate graves. For a few years my father was assigned a small cemetery on the east side of town. It was small and not particularly attractive. There were no indications of recent burials. It was largely a forgotten cemetery of forgotten people. My father’s assignment was a family affair for us. We would hunt for the graves of the men who had served. I would find the unkempt site of a buried veteran who died decades ago and who was then honored those few seconds by a small boy with a small flag.

Memorial Day in Liberty those days was a time when the entire community came together. On Memorial Day morning people would gather downtown in preparation for a march to the large town cemetery on the west side of town. Veterans, whose old uniforms obliviously had shrunk around the waists, led the parade. I marched with the Boy Scouts and my sister with the Girl Scouts. Those with no formal grouping would bring up the rear. There was no music – only the drums – as we marched. People would watch us from their front porches or the sidewalks.

The ceremony at the cemetery was always solemn. A speaker would make a short presentation about the men who had served in the armed services followed by a three-volley salute with rifles by the veterans at exactly noon and ending with taps by a bugle hidden from our view. We marched back downtown in silence. At the end of the march everyone would rush to their cars and turn on the radios to hear the latest about the Indy 500 that had already started.