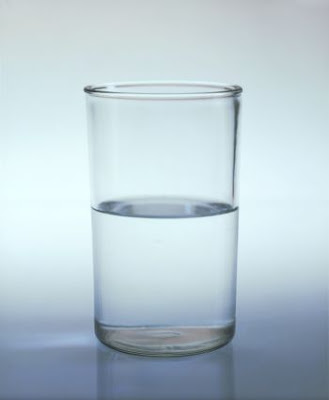 Having been around a while, I have some memory of the Years One of four previous Democratic Presidents. Turbulence during takeoff has been the rule. It is wise to keep one’s seat belt loosely fastened.

J.F.K. had the Bay of Pigs fiasco and a humiliating Vienna summit with Khrushchev, unforced errors both. He dazzled with imaginative, low-cost initiatives like the Peace Corps, but the really ambitious items on his agenda (health care!) stalled in Congress. Carter mismanaged relations with Congress and “gave away” the Panama Canal, a necessary move that had the side effect of turbocharging Ronald Reagan’s political rise. Clinton stumbled over gays in the military on the way to his own health-care debacle. Only Johnson had a stellar first year, and that was largely due to the tragically galvanizing circumstances of his taking office.

That Obama let the “outside game” part of the health-care drama get away from him, so focussed was he on the “inside game” of trying to force the legislative elephant through the Congressional keyhole, can no longer be denied. He and his team can also be faulted for the political (and perhaps substantive) inattention that has allowed the right to profit handsomely from the economic disaster that their policies, not Obama’s, brought about.

Whether yesterday’s upset in Massachusetts turns out to be a catastrophe or merely a setback now depends largely on the grown-upness, or lack of it, of liberals in the House of Representatives. I don’t see any way out of the darkness right now other than for the House to tighten its stomach muscles, pass the Senate version of the health-care bill A.S.A.P., and move on to jobs and the economy. The Senate health-care bill, however inferior to the House version, is vastly superior to the status quo. The only alternative I can discern is no bill at all—a political, substantive, and humanitarian failure that would reverberate for a generation.

Thanks to my longstanding obsession with the obsolescence of our eighteenth-century political and electoral hydraulics (such as the separation of powers and the lack of a single government accountable to a national electorate) and this sclerotic system’s sadomasochistic twentieth-century refinements (such as the institutionalization of the filibuster), I am not astonished that Obama has had trouble “getting things done.” Absent only the filibuster—even while leaving untouched all the other monkey wrenches (committee chairs, corrupt campaign money, safe districts, Republicans, etc.)—Obama by now would have signed landmark bills addressing health care, global warming, and financial regulation, and a larger, better-designed stimulus package, too.

Obama came into office with a slightly better-than-average electoral mandate, but he was immediately faced with difficulties of a size and type that his post-mid-century Democratic predecessors were not: a gigantic economic emergency whose full effects weren’t felt until halfway into his first year; two botched wars in chaotic Muslim countries; an essentially nihilistic opposition party dominated by a pro-torture, anti-intellectual, anti-public-spirited, xenophobic “conservative” movement; and a rightist propaganda apparatus owned by nominally respectable media corporations and financed by nominally respectable advertisers. Excuses? Maybe. Good ones, though. Sometimes excuses actually excuse.

Meanwhile, President Obama forestalled a second Great Depression, turned the attention of the executive branch toward real problems, restored lawfulness and decency to foreign and domestic policy, damped down the flames of global anti-Americanism, and staffed the agencies and departments with competent, public-spirited officials who believe in the duty of government to advance the general welfare. In this generation, Obama is as good as it is likely to get. I’m not sure whether that’s good news or bad, and I’m not saying that liberals shouldn’t keep the pressure on him to do better. I am saying that their—our—anger and exasperation should be directed elsewhere, at systemic grotesqueries like the filibuster and at the nihilists those grotesqueries enable.

The question then is how to revise the system when the mechanism to change it is dysfunctional, at best.