The need to grant temporary protected status for undocumented Haitians 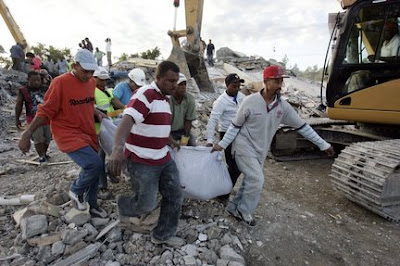 The needs of the survivors of the Haitian earthquake are so numerous and of such quantity as to be almost incomprehensible. Yet the most severe earthquake in 200 years with the epicenter just outside the capital of Port-au-Prince is only the latest tragedy to strike this impoverished nation. Since it’s independence from France, Haiti has seen 32 coups. National authority has been disputed by factions of the army, the elite class and the commercial class (made up of numerous immigrants in the late 19th century: Germans, Americans, French and English). Expatriates bankrolled and armed opposing groups. There has been little self-governance in between several dictatorships and a 19-year U.S. occupation early in the 20th century.

Political instability has contributed greatly the economic poverty of the country and inadequate infrastructure. Deforestation in the early 20th century has made the country prone to severe flooding. Every summer the nation seems to be on the path of one or more hurricanes. And now this earthquake.

Because of its proximity to the United States, Haitians for many years have fled the chaos of their home for the safety, and hopefully prosperity, of U.S. shores. Unlike their Cuban counterparts, undocumented Haitian refugees are deported.

Whatever the arguments favoring this policy were prior to this recent disaster they do not make sense now. Deporting people now back into this disaster area would be irresponsible and immoral. Undocumented Haitian immigrants should be granted temporary protected status (TPS). Andrea Nill explains:

Since the election of President Obama, Haitians in the U.S. have been anxiously awaiting a change in immigration policy which would grant undocumented Haitian immigrants temporary protected status (TPS). TPS is a temporary immigration status that is available to individuals from a small number of federally-designated countries suffering armed conflicts, natural disasters, or other extraordinary circumstances. Haitian immigrants in the U.S. probably should’ve been granted TPS long before yesterday’s earthquake. Yet now, as Rep. Alcee Hastings (D-FL) points out, it would be “not only immoral, but irresponsible” not to.

Haiti’s recent woes come after enduring four consecutive tropical cyclones in 2008 that left 800 people dead and from which the country has yet to recover. The Miami Herald has reported that the Haitian city of Gonaives, is still “uninhabitable.” That same year, Port-Au-Prince was “shattered” as even 9,000 United Nation peacekeepers were unable to halt the looting and violence that ravaged Haiti’s capital. In March, USAID estimated that 2.3 million Haitians were facing “food insecurity” as a result of high food prices. Political instability continues to devastate the country.

Haitian immigrants had high hopes with the election of President Obama. Yet, many have since become frustrated with the administration’s “failure to deliver one of their top goals.” In March 2009, the Obama administration indicated that it would continue deporting undocumented Haitians, “despite appeals by the Haitian government, which says deportations could destabilize a country where food, water and housing have been in extremely short supply since major storms last summer.” One month later, Secretary of State Hillary Clinton indicated that the Obama administration hadn’t granted Haitians TPS because “we don’t want to encourage other Haitians to make the dangerous journey across the water.” In July, five U.S. senators, including the late Sen. Edward Kennedy (D-MA), personally wrote to President Obama, urging him to grant Haitian immigrants TPS. The senators countered criticisms that such a move would spark an unmanageable influx of Haitian immigrants by pointing out that TPS is only available to those already living in the U.S.

This morning, Obama affirmed that Haiti “will have a friend and partner in the people of the United States today, and going forward.” Continuing to deport thousands of Haitian immigrants back to their ravaged home country rather than letting them stay in the U.S. to help their families in Haiti get back on their feet is inconsistent with the promises the Obama administration has already made to the people of Haiti. The U.S. generously granted and extended TPS for 82,000 Hondurans and 5,000 Nicaraguans after Hurricane Mitch in 1998 and to 260,000 Salvadorans after an earthquake in 2001. There’s no reason why Haitians should be treated any different.

Some will always feel threatened by those "not like them" and I don't know how to get them to see the error of their ways.