Maliki: Tenure of U.S. troops in Iraq should be limited 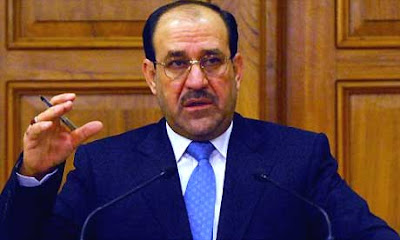 On the eve of a visit to Iraq by Senator Barak Obama, Der Spiegel published an interview with Iraq’s Prime Minister Nuri Kamal al-Maliki. In that interview Maliki stated his government’s position that U.S. armed forces should leave Iraq as soon as possible and basically endorses Senator Obama’s 16-month timetable for withdrawal. Here is a portion of the Der Spiegel interview:

SPIEGEL: Germany, after World War II, was also liberated from a tyrant by a US-led coalition. That was 63 years ago, and today there are still American military bases and soldiers in Germany. How do you feel about this model?
Maliki: Iraq can learn from Germany's experiences, but the situation is not truly comparable. Back then Germany waged a war that changed the world. Today, we in Iraq want to establish a timeframe for the withdrawal of international troops -- and it should be short. At the same time, we would like to see the establishment of a long-term strategic treaty with the United States, which would govern the basic aspects of our economic and cultural relations. However, I wish to re-emphasize that our security agreement should remain in effect in the short term.
SPIEGEL: How short-term? Are you hoping for a new agreement before the end of the Bush administration?
Maliki: So far the Americans have had trouble agreeing to a concrete timetable for withdrawal, because they feel it would appear tantamount to an admission of defeat. But that isn't the case at all. If we come to an agreement, it is not evidence of a defeat, but of a victory, of a severe blow we have inflicted on al-Qaida and the militias. The American lead negotiators realize this now, and that's why I expect to see an agreement taking shape even before the end of President Bush's term in office. With these negotiations, we will start the whole thing over again, on a clearer, better basis, because the first proposals were unacceptable to us.
SPIEGEL: Immunity for the US troops is apparently the central issue.
Maliki: It is a fundamental problem for us that it should not be possible, in my country, to prosecute offences or crimes committed by US soldiers against our population. But other issues are no less important: How much longer will these soldiers remain in our country? How much authority do they have? Who controls how many, soldiers enter and leave the country and where they do so?
SPIEGEL: Would you hazard a prediction as to when most of the US troops will finally leave Iraq?
Maliki: As soon as possible, as far as we're concerned. U.S. presidential candidate Barack Obama talks about 16 months. That, we think, would be the right timeframe for a withdrawal, with the possibility of slight changes.
SPIEGEL: Is this an endorsement for the US presidential election in November? Does Obama, who has no military background, ultimately have a better understanding of Iraq than war hero John McCain?
Maliki: Those who operate on the premise of short time periods in Iraq today are being more realistic. Artificially prolonging the tenure of US troops in Iraq would cause problems. Of course, this is by no means an election endorsement. Who they choose as their president is the Americans' business. But it's the business of Iraqis to say what they want. And that's where the people and the government are in general agreement: The tenure of the coalition troops in Iraq should be limited.