The challenge of a national security that is fundamentally flawed 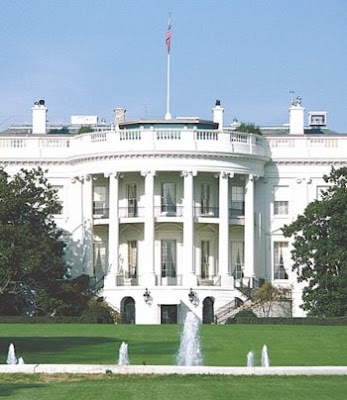 Andrew J. Bacevich graduated from West Point in 1969 and served in Vietnam in 1970 and 1971. He continued in the military retiring as a Colonel in the early 1990’s. He earned his Ph.D from Princeton University in the history of American Diplomacy and has taught at West Point, John Hopkins University and Boston University. His son followed his career path into the military and was killed by a roadside bomb in Baghdad in May of 2007.
Bacevich has been a conservative critic of Bush foreign policy and presents this assessment of the Bush presidency in yesterday’s Boston Globe:

FEW AMERICANS, whatever their political persuasion, will mourn George W. Bush's departure from office. Democrats and Republicans alike are counting the days until the inauguration of a new president will wipe the slate clean.
Yet in crucial respects, the Bush era will not end Jan. 20, 2009. The administration's many failures, especially those related to Iraq, mask a considerable legacy. Among other things, the Bush team has accomplished the following:
· Defined the contemporary era as an "age of terror" with an open-ended "global war" as the necessary, indeed the only logical, response;
· Promulgated and implemented a doctrine of preventive war, thereby creating a far more permissive rationale for employing armed force;
· Affirmed - despite the catastrophe of Sept. 11, 2001 - that the primary role of the Department of Defense is not defense, but power projection;
· Removed constraints on military spending so that once more, as Ronald Reagan used to declare, "defense is not a budget item";
· Enhanced the prerogatives of the imperial presidency on all matters pertaining to national security, effectively eviscerating the system of checks and balances;
· Preserved and even expanded the national security state, despite the manifest shortcomings of institutions such as the CIA and the Joint Chiefs of Staff;
· Preempted any inclination to question the wisdom of the post-Cold War foreign policy consensus, founded on expectations of a sole superpower exercising "global leadership";
· Completed the shift of US strategic priorities away from Europe and toward the Greater Middle East, the defense of Israel having now supplanted the defense of Berlin as the cause to which presidents and would-be presidents ritually declare their fealty.
By almost any measure, this constitutes a record of substantial, if almost entirely malignant, achievement.
Bush's harshest critics, left liberals as well as traditional conservatives, have repeatedly called attention to this record. That criticism has yet to garner mainstream political traction. Throughout the long primary season, even as various contenders in both parties argued endlessly about Iraq, they seemed oblivious to the more fundamental questions raised by the Bush years: whether global war makes sense as an antidote to terror, whether preventive war works, whether the costs of "global leadership" are sustainable, and whether events in Asia rather than the Middle East just might determine the course of the 21st century.
Now only two candidates remain standing. Senators John McCain and Barack Obama both insist that the presidential contest will mark a historic turning point. Yet, absent a willingness to assess in full all that Bush has wrought, the general election won't signify a real break from the past.
The burden of identifying and confronting the Bush legacy necessarily falls on Obama. Although for tactical reasons McCain will distance himself from the president's record, he largely subscribes to the principles informing Bush's post-9/11 policies. McCain's determination to stay the course in Iraq expresses his commitment not simply to the ongoing conflict there, but to the ideas that gave rise to that war in the first place. While McCain may differ with the president on certain particulars, his election will affirm the main thrust of Bush's approach to national security.
The challenge facing Obama is clear: he must go beyond merely pointing out the folly of the Iraq war; he must demonstrate that Iraq represents the truest manifestation of an approach to national security that is fundamentally flawed, thereby helping Americans discern the correct lessons of that misbegotten conflict.
By showing that Bush has put the country on a path pointing to permanent war, ever increasing debt and dependency, and further abuses of executive authority, Obama can transform the election into a referendum on the current administration's entire national security legacy. By articulating a set of principles that will safeguard the country's vital interests, both today and in the long run, at a price we can afford while preserving rather than distorting the Constitution, Obama can persuade Americans to repudiate the Bush legacy and to choose another course.
This is a stiff test, not the work of a speech or two, but of an entire campaign. Whether or not Obama passes the test will determine his fitness for the presidency.

What say you now about Obama's pass/fail after his FISA/telcom vote and after his increased outspokenness on faith-based initiatives?