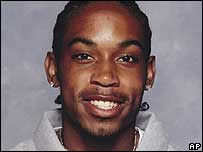 Common sense and common decency prevailed today in Georgia. A judge has voided a 10-year prison sentence for Genarlow Wilson for having consensual oral sex with a woman two years younger than he was. The judge reduced his charge to a misdemeanor with a 12-month sentence already served.

According to the judge, ''The fact that Genarlow Wilson has spent two years in prison for what is now classified as a misdemeanor, and without assistance from this court, will spend eight more years in prison, is a grave miscarriage of justice. If this court or any court cannot recognize the injustice of what has occurred here, then our court system has lost sight of the goal our judicial system has always strived to accomplish ... justice being served in a fair and equal manner.”

The woman was 15 and Wilson was 17 at the time of the incident in 2003. He was originally charged with rape but eventually convicted of aggravated child molestation – a felony carrying a mandatory ten year sentence and lifetime registration as a sex offender -- even though if the two had engaged in sexual intercourse he would have been guilty of only a misdemeanor. The law was changed to be consistent largely from publicity about this case but was not made retroactive. Thus Wilson remained in jail.

Meanwhile, the fine folks with the Georgia Attorney General’s office have indicated they will appeal the judge’s ruling. Wilson, now 21 and having already served 27 months behind bars, will remain in prison while the appeal proceeds.
Posted by Sisyphus at 10:28 PM