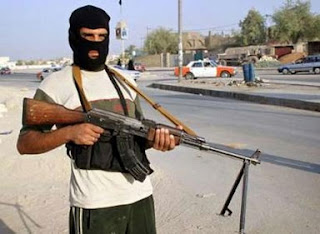 The International Crisis Group (ICG) has issued a report warning of the collapse of Iraq as a functioning state. This follows a similar report last month by the Chatham House.

The ICG report points to Operation Sinbad, carried out by the British between September 2006 and March 2007, in Iraq’s second largest city, Basra. Operation Sinbad was very similar to the current "surge" being carried out in Baghdad by the Americans. Despite the initial appearance of success it turned out to be a failure. According to the report:

…. Basra’s experience carries important lessons for the capital and nation as a whole. Coalition forces have already implemented a security plan there, Operation Sinbad, which was in many ways similar to Baghdad’s current military surge. What U.S. commanders call “clear, hold and build”, their British counterparts earlier had dubbed “clear, hold and civil reconstruction”. And, as in the capital, the putative goal was to pave the way for a takeover by Iraqi forces. Far from being a model to be replicated, however, Basra is an example of what to avoid. With renewed violence and instability, Basra illustrates the pitfalls of a transitional process that has led to collapse of the state apparatus and failed to build legitimate institutions. Fierce intra-Shiite fighting also disproves the simplistic view of Iraq neatly divided between three homogenous communities.

The report goes on to point out, like the Chatham House report, that there are multiple violent conflicts underway between many different players. However, the widespread violence – whether political, sectarian or simply criminal -- is a symptom of a failed state where the government lacks the will, authority and power to bring these conflicts under control.

This is the Guardian's report of the ICG assessment:

Iraq can only survive if a functional and legitimate state is rebuilt from the ruins of war and occupation, drawing on the lessons of the collapse of British-ruled Basra, an influential thinktank warns today.
Overall, says the International Crisis Group, it is not enough just to resolve the confrontation between Sunni Arabs, Shia and Kurds. And if the US and Britain continue backing the same Shia political actors, the likely outcome will be the country's break-up into myriad fiefdoms. "Far from building a new state," their Iraqi partners "are tirelessly working to tear it down".
In a powerful critique of current policy, the ICG insists it is vital to avoid repeating the experience of Basra, where UK forces implemented a security plan, Operation Sinbad, similar to the current US-led surge in Baghdad. "The answer to Iraq's horrific violence cannot be an illusory military surge that aims to bolster the existing political structure and treats the dominant parties as partners," it adds bluntly.
Operation Sinbad was a "superficial and fleeting" success, and ended with British troops being driven off the streets in what was seen as an ignominious defeat by the city's militias, now more powerful and unconstrained than before. Some British data about its achievements, particularly about improved police performance, "defies credibility", the group notes.
The key failure in Basra, argues the report, has been the inability to establish legitimate government to redistribute resources, impose respect for the rule of law and ensure peaceful transition at the local level - a lesson it says has to be learnt across Iraq as a whole.
"Basra's political arena remains in the hands of actors engaged in bloody competition for resources, undermining what is left of governorate institutions and coercively enforcing their rule. The local population has no choice but to seek protection from one of the dominant camps. Periods of stability do not reflect greater governing authority so much as they do a momentary - and fragile - balance of interests or of terror between rival militias."
Basra's "multiple and multiplying forms of violence" may have little to do with sectarianism or anti-occupation resistance but involve "the systematic misuse of official institutions, political assassinations, tribal vendettas, neighbourhood vigilantism ... and enforcement of social mores, together with the rise of criminal mafias that increasingly intermingle with political actors."
"Should other causes of strife - sectarian violence and the fight against coalition forces - recede, the concern must still be that Basra's fate will be replicated throughout the country on a larger, more chaotic and more dangerous scale. The lessons are clear. Iraq's violence is multifaceted, and sectarianism is only one of its sources. It follows that the country's division along supposedly inherent and homogeneous confessional and ethnic lines is not an answer. It follows, too, that rebuilding the state, tackling militias and imposing the rule of law cannot be done without confronting the parties that currently dominate the political process and forging a new and far more inclusive political compact. "
For the ICG, Iraq is in the midst of a civil war but has also become a failed state. It describes "a country whose institutions and, with them, any semblance of national cohesion, have been obliterated. That is what has made the violence - all the violence: sectarian, anti-coalition, political, criminal and otherwise - both possible and, for many, necessary. Resolving the confrontation between Sunni Arabs, Shiites and Kurds is one priority. But rebuilding a functioning and legitimate state is another - no less urgent, no less important and no less daunting."

usa founding fathers wanting the hundreds of him news sources. But now so consolidation only 7 sources for ameriki and all so control.

usa media trick ameirki for kill muslim for masters in tel aviv but back home in usa all society be destroy. This betray of usa soldier fight brave in iraq.

Now all land of ameriki go to aztec and maya. meanwhile, all usa family destroy when kill abortion the babies. woman the slut with LBT (low back tattoo) or maybe now it go lesbian, and hating to cook the food. leave the child with the aztec babysitter. and so many the fat people in usa. called obese, just the greedy and so fat.

now ameriki man lose the gonad, just passive and obedient obey woman all time. this call the feminized male. all usa tv show to condition mind of ameirki man. this not the natural. this the shatan. soon hillary clinton of shatan contract she to rule the man, all the man, and microchip in weener for control all sex think.

waziristan even if no money better than this shame.

for the good and true info: stop1984now@yahoo.com