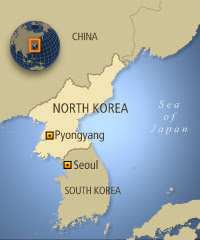 The New York Times reports today that the decision by the Bush administration in 2002 to scuttle a deal by the Clinton administration that halted plutonium production by North Korea may have been based upon faulty intelligence. The Bush administration accused the North Koreans of cheating on the deal by trying to develop nuclear weaponry with enriched uranium and cut off their oil supplies. As a result, the North Koreans threw out international inspectors and developed a plutonium bomb. As reported in the Times, there is now doubt about the status of the uranium enrichment program in 2002 that the Bush administration used to justify its decision.
This is a major screw-up that has made the world a more dangerous place to live.
Josh Marshall at Talking Points Memo has this assessment:

If I were a weak third world dictatorship, I think I'd do the same. What better way to build pride and rally my subjects on the domestic front and to attract attention and build prestige on the world stage?