What did Nancy Pelosi know about torture and when did she know it? (And, why is this important?) 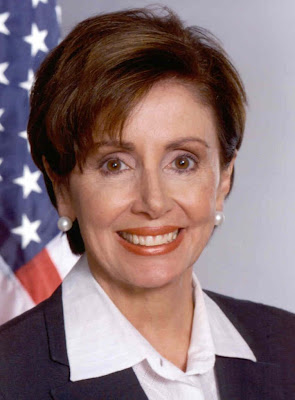 What are the defenses congressional Republicans use to defuse the controversy about the use of torture by the Bush administration? First they denied torture took place. Then they admitted torture took place but claimed it wasn’t that bad plus it produced useful intelligence. Finally they admitted the torture was pretty bad and produced very little useful intelligence but Democratic Speaker of the House Nancy Pelosi knew all about it!

E. J. Dionne in the Washington Post is just bewildered by the attention on Pelosi:

There is something very strange about seeing House Speaker Nancy Pelosi in the middle of a controversy over the Bush Administration’s policies on torture. Pelosi had nothing to do with the policy, yet she is facing all of the what-did-she-know-when questions. Republicans who opposed disclosure of the memos on the torture policy now want Pelosi to tell all about herself. …

And Matthew Yglesias in the Daily Beast thinks congressional Republicans are working a little too hard to be clever:

… Under George W. Bush, the United States government embarked on the repeated torture of terrorism suspects in violation of American and international law. This fact was kept secret from the American people for the normal reason presidents like to keep illegal activity secret. It's illegal, after all, and "keeping it secret" is what people normally try to do after they commit crimes.

That basic logic hardly amounts to a proof that Pelosi was kept in the dark, and she almost certainly knew more about what was going on at the time than, say, I did. But it does suggest deception is a plausible scenario. And more to the point, it gets us refocused on the real issue here, which is not about what briefings were or were not given to Congress but about the underlying activity that was the subject of the briefings. We've had, for example, a steady drip of evidence, most recently from Col. Lawrence Wilkerson, former chief of staff to Colin Powell, indicating that one main use of Bush-era torture was to compel people to "confess" to the existence of various ties between Saddam Hussein and al Qaeda.

And here's where the right's tactical acumen comes up short. Various conservative commentators have expressed their hope that gunning for Pelosi will blunt progressive calls for a "truth commission" to thoroughly investigate what really happened on Bush's trip to the "dark side". Fox's Neil Cavuto said we might be in a "Mexican standoff" wherein Pelosi would agree to drop the idea of investigations to prevent herself from attracting scrutiny. Steven Hayes, Dick Cheney's official biographer, said, "Democrats who have been so enthusiastic about truth commissions have to be stopping and saying, OK, wait a second." What conservatives are missing here is that this is a fight they were winning before they started gunning for Pelosi. Their best ally in this fight was Barack Obama, whose desire to "move forward" rather than focusing on the past had been the subject of much consternation. Had conservatives simply reached out to grab the hand that was being extended to them, they could have gotten what they wanted.

But in their zeal to score a tactical win, the right has made a truth commission more likely not less likely. Obama wanted to avoid a backward-looking focus on torture in part because it distracted from his legislative agenda. But if we're going to be looking backward anyway, thanks to conservatives' insistence on complaining about Pelosi, then the move forward strategy lacks a rationale. And far from forcing a standoff in which Pelosi will abandon her support for an investigation, the right has forced her into a corner from which she can't give in to moderate Democrats' opposition to such a move without looking like she's cravenly attempting to save her own skin.

There's no sign that Pelosi or anyone else is backing off the truth-commission idea. And, indeed, by suggesting that Pelosi could be a target of an investigation, conservatives have helped cleanse the idea of the odor of victor's justice. The question of CIA briefings of congressional leaders would, after all, be a legitimate subject of inquiry. And it's very possible that, done rigorously, Pelosi and other Democrats, such as Sen. Jay Rockefeller (D-WV) and Rep. Jane Harman (D-CA), could wind up getting a black eye or two. But however bad an investigation might make the members of Congress who were supposed to be preventing illegal conduct look, the people actually doing the misdeeds are going to look even worse. Today, the congressional Republicans look extremely clever. But in a few months' time, we'll look back on this as yet another example of a conservative tactical victory that winds up backfiring. …

It’s time for a truth commission to investigate this whole sordid affair of the use of torture including what exactly happened, who ordered it, and how is it that certain leaders and agents working on behalf of this country felt they were above both American and international law.
Posted by Sisyphus at 8:40 AM