Death and taxes (but not for the wealthy) 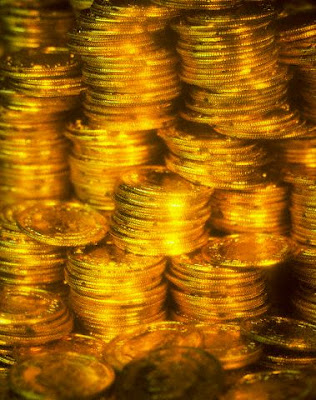 The late George Steinbrenner, who built upon a fortune he inherited from his father, will pass on to his heirs not only a fortune but a tax-free fortune thanks to the campaign against the so-call “death tax” and the compromise in the adjustment of tax rates. Michael Tomasky opines:

I do not mean to say with the above headline that George Steinbrenner's heirs and assigns aren't mourning the scion's death yesterday at age 80, as undoubtedly they are.

What I do mean to say is that Steinbrenner's passing points us to an odd quirk in US estate-tax law.

This is how the compromise was worked out in Congress when Republicans began agitating about the "death tax" in the early 2000s. You can see a graph here. In 2001, the "exclusion amount" - the level of taxable estate value (gross value minus various deductions) was $675,000. The R's gradually increased it over the decade until last year it was $3.5 million (for individuals that is, and $7 million for couples - that is, married couples, needless to say, heaven forbid not gay ones).

But this year and this year only, there's no federal tax at all. That's because it goes back up next year, with a much lower exclusion amount ($1 million) and a higher rate (55% rather than 45%). So Steinbrenner, who inherited a quite grand shipping fortune from his own father and to his credit turned it into a grander one, and then enjoyed the benefit of a presidential pardon from Ronald Reagan for funneling illegal campaign contributions to Nixon, has seen fate smile on him again.

As for the estate tax, nothing so represents the GOP's true agenda as its campaign to eliminate this tax. I would agree that $675,000 was far too low a threshhold, and I'm the first to say (I've said it) that the Democrats erred in not changing it themselves first. When the GOP seized on the issue, they were able to forge an alliance between the wealthy and the middle class, because by 2001 many middle-class people were sitting on estates worth $675,000. That's an alliance that never loses. The Democrats were dumb not to raise it to something like $2.5 million.

But eliminating it altogether as Republicans want...you know, I guess I'd only say that these people (and their children) made their money in the United States of America, and somewhere and somehow along the way the US helped them make their fortunes, and although it's very quaint to talk about things like citizenship and civic responsibility, it doesn't seem unreasonable to me that they owe some portion of their success to their country.

It's the old story about the self-made man who never took a dime from anyone until someone pointed out to him all the many ways in which the civic and regulatory infrastructure of the country made it possible for him to earn far more than he might have earned if fate had plopped his soul inside the womb of a woman in Nigeria or Costa Rica. But we're not supposed to speak of such things these days.

The estate tax serves to prevent the perpetuation of wealth, free of tax, in wealthy families or, as Winston Churchill argued, estate taxes are “a certain corrective against the development of a race of idle rich”.
Posted by Sisyphus at 9:41 AM