Hollowness of the right's freedom-rhetoric 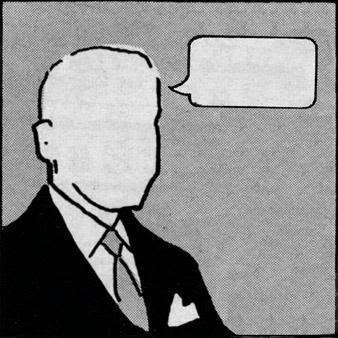 The right wing of the Republican Party has found asserting the cause of freedom and raising the specter of big government has become has become a useful rhetorical device to oppose and even block reform legislation by our elected representatives to make life better for the American people. If the “freedom talk” were truly based upon libertarian principles then an interesting debate might ensue but sadly it is quite hollow. These same conservatives promote state power to wage indiscriminate war against foreign nations, torture individuals suspected of terrorist activities, discriminate against immigrants who make the food on our tables affordable, and ban marriages between individuals whose sexuality they disapprove. They are libertarian only when it comes to hands off policies towards the powerful unelected financial interests such as Wall Street banks and insurance companies that affect all of our lives.

John Schwartz has written a very good essay (if somewhat longish) on the subject of “progressive politics and the meaning of American freedom” at the Democratic Strategist. Matt Yglesias has written the following response:

I was a philosophy major in college, and as such I came to appreciate the importance of the controversy between the libertarian conception of "negative liberty" (the absence of state coercion) and the modern liberal idea of "positive liberty" (the presence of opportunity). And John Schwarz has given us a brilliant tour of how this these contrasting conceptions of liberty—or, to use the more Anglo-Saxon term, "freedom"—can illuminate certain high-level disagreements of principle about public policy matters and how this dispute has played out in the history of American political rhetoric.

So far so good. But I think this issue is much less relevant to actual political practice than he seems to believe. In particular, I seriously doubt that Republican Party success at mobilizing freedom-rhetoric has much of anything to do with Barack Obama's falling poll numbers or public hostility to Obama's health care or cap and trade proposals. After all, these proposals existed during the 2008 campaign and were described then as threats to American freedom, but at the time those arguments had little purchase. On one level, the reasons behind the change are complicated. On another level, they're simple—the poor performance of the American economy has eroded people's trust in incumbents in general, Obama in particular, and the public sector writ large. There's good reason to believe that this will turn around if the economy turns around, but not otherwise.

Beyond narrow electoral considerations, I also think it's a mistake to too-closely identify the right's freedom-rhetoric with the formal philosophical conception of libertarian-style negative liberty. It is, rather, a slogan that's invoked as a gesture of ideological identity and solidarity that's largely devoid of semantic content—it plays a role similar to the one "yes, we can" (itself an echo of the United Farm Workers' "¡si se puede!") plays for Obama's supporters.

Consider that the proponents of right-wing "freedom" are not even slightly inclined to back elements of a libertarian agenda that conflict with conservative identity politics. When John Boehner says "most importantly, let's allow freedom to flourish" he's not suggesting we should open our borders to more immigrants or drop the vestigial Selective Service system or allow gay couples to marry or let Latin American countries sell us more sugar or reduce military expenditures. Indeed, the very same critics who castigate Obama for limiting Americans' freedom also accuse him of being insufficiently eager to torture people, unduly hesitant to detain suspects without trial, and too eager to take the side of black professors subject to police harassment for the crime of trying to enter their own home.

Which is just to say that Boehner is a conservative. He sides with the military, with law enforcement, with the business establishment, and with the dominant ethno-cultural group in the country. In the United States of America, people who adhere to these values like to talk about "freedom" but this has nothing in particular to do with any real ideas about human liberty.

Back in September of 1960, the leading lights of the nascent conservative movement met in Sharon, Connecticut to found Young Americans for Freedom and they proclaimed that "foremost among the transcendent values is the individual's use of his God-given free will, whence derives his right to be free from the restrictions of arbitrary force." A naive person might read that and conclude that William F Buckley, Jr was a strong proponent of federal anti-lynching legislation and other civil rights laws since, clearly, it was African-Americans in the Jim Crow South who were most subject to "restrictions of arbitrary force" and general lack of freedom. In the real world, a couple of lines down the Sharon Statement is talking about state's rights, "the genius of the Constitution - the division of powers - is summed up in the clause that reserves primacy to the several states, or to the people in those spheres not specifically delegated to the Federal government." In 1962, YAF gave its Freedom Award to none other than Strom Thurmond, and in 1964 they helped organize the GOP nomination victory of Barry Goldwater, spearheading the party's turn away from its historic support of liberty for black people. Somewhat similarly, the far-right parties in the Netherlands and Austria are both called "Freedom Party."

Which is not to say that invocations of "freedom" circa 2010 are really about racism. It's just to say that in 2010 as in 1960 they're about conservatism in all its splendor and horror, and have little to do with serious disagreements about the nature of liberty.