Governing with the leaders we have 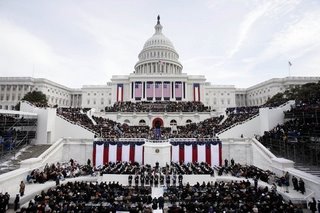 George Will’s column Tuesday in the Washington Post is an exercise in cynicism. Basically, he argues that the disaster we have come to know as the Bush administration is just typical government. Actually, he is half right. This is typical conservative government.

George Will in this morning's WP:“Some will regard ‘State of Denial’ as Katrina between hard covers, a snapshot of dysfunctional government. But it is largely just a glimpse of government , disheartening as that fact may be to those who regard government as a glistening scalpel for administering social transformation."

Thus does George Will avert his eyes from what is systematically,
peculiarly, true of the gang in power. His much-longed-for conservative
government is dead, so long live conservative government!

This sounds like a Foleyism: Doesn’t every grown male hanker to get down
and dirty with pages?

This goes way beyond denial. This is damage control masquerading as deep
thought.