The limits of democracy in American government 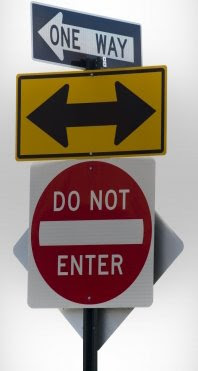 The American presidency is a weird institution. If Barack Obama wants to start a war with North Korea and jeopardize the lives of hundreds of thousands of people, it’s not clear that anyone could stop him. If he wants to let cold-blooded murderers out of prison, it’s completely clear that nobody can stop him. But if he wants to implement the agenda he was elected on just a few months ago, he needs to obtain a supermajority in the United States Senate.

Now of course Texas is also a big state (though at 7.81 percent of the population it’s a lot smaller than California) and there are small states (like Vermont and North Dakota) that have two Democratic Senators. So the point here isn’t a narrowly partisan one, though the wacky apportionment of the Senate does have a partisan valence. The point is that this is an unfair and bizarre way to run things. If you consider that the mean state would contain two percent of the population, we have just 34 Senators representing the above-average states even though they collectively contain 69.15 percent of the population. The other 66 Senators represent about 30 percent of the people. If the Iranians were to succeed in overthrowing their theocracy and set about to write a new constitution, nobody in their right mind would recommend this system to them.

Then you add in the filibuster…

And let’s not forget the Electoral College and lifetime appointments of Supreme Court justices. It is a system devised through compromise in the 18th Century that barely serves the needs of a nation confronting the issues of the 21st Century.
Posted by Sisyphus at 9:53 PM