Will the Democrats choose a candidate who appeals beyond the party and can win over the unconverted? 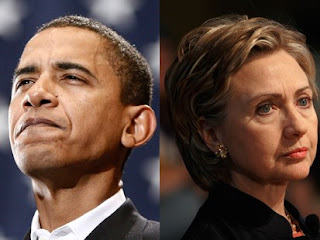 Well, the Democrats can stop wondering because it appears the Republicans are coming to their senses (at least for their self interest). Following Florida’s primary the likelihood of John McCain becoming the Republican nominee for President took a great leap forward. It’s not over yet and things could change but right now the odds favor a McCain nomination.

Despite the grumbling about McCain by the pro-torture wing of the Republican Party, he remains their strongest candidate and the only real threat to the Democrats. Unlike almost every other Republican candidate in the field, McCain does have appeal for independents and even some Democrats.

Jonathan Freedland has shares these thoughts in today’s Guardian:

This should be the Democrats' year. That's what the conventional wisdom holds anyway, citing a Republican presidency that sputters towards its end saddled with some of the lowest poll ratings on record. President Bush's State of the Union address on Monday was a non-event; even his fellow Republicans barely mention his name. One survey last week showed seven out of 10 Americans believe their country is on the wrong track, a political landscape that has to favour the challenger party. Meanwhile, the Democrats are energised, their turnout in primaries doubling as they pack out public meetings with, at one rally this week, young voters queuing around the block to get in. Surely 2008 will belong to them.
And yet politics is rarely that straightforward. When pollsters ask voters to say whether they will favour a Republican or Democrat for president, the Democrat has a handsome lead. Trouble is, there will be no generic Democrat on the ballot in November. There will be an actual person, either Hillary Clinton or Barack Obama, against an actual Republican. And that changes everything. As one pollster puts it, this race will "be about the candidates, not the climate". Judged by that standard, it is Republicans, not Democrats, who now seem to be making the right moves.
Of course, in this of all years, we know things can change. But, as of today, John McCain is the frontrunner for the Republican nomination, thanks to a clear, hanging chad-free victory in Florida. He did that despite having much less money than his immediate rival, Mitt Romney - who saturated the Florida airwaves with 10 TV ads to every one of McCain's - in a large, complex and diverse state where the one-voter-at-a-time, retail politics of tiny New Hampshire did not apply.
Obstacles remain for McCain, starting with the fact that ultra-conservatives can't stand him. Having spent more hours than is healthy driving through South Carolina and Florida this last week, listening to talk radio throughout, I was struck by the fury McCain arouses: the special contempt for an ideological traitor. King of the genre Rush Limbaugh warns that a McCain nomination is "going to destroy the Republican party", that rightwingers will stay at home in November rather than vote for him.
***
Given the climate, it might be smart to propose for the White House a Republican who is not too Republican. The right may lambast McCain for failing to vote for Bush's tax cuts or for seeking restrictions on guns, but that makes the senator appealing in the eyes of moderates. Liberals could not hope for a better advocate against Guantánamo and the use of torture than this former war hero and PoW. It's true that he is a serious hawk on foreign policy, an unwavering advocate for the war on Iraq, but he is no Dick Cheney - a hate figure who would scare Democrats into doing anything to stop him. As for his position on climate change, which seems sincerely held, I encountered a green activist in Florida who once voted for Al Gore and who has now come over to McCain.
From now until Super Tuesday, the Limbaugh/Romney assault that insists McCain is not a true conservative could hurt - though McCain need only hit back by pointing out his opponent's inconsistency, especially on social issues such as abortion. "He has made a consistent point of taking both sides of every issue," a smiling McCain told me when I caught up with him in Orlando. (One reason why the senator enjoys such a good press is that he takes, and answers, reporters' questions.)
But if McCain does indeed wrap things up next week, the rightwing critique becomes a positive asset. It also leaves the Democrats in an uncomfortable position, especially if February 5 delivers no such clear verdict. First, the Republicans will have a head start in closing ranks and marshalling resources, while Clinton and Obama will still be taking lumps out of each other. Second, McCain can get on with the business of making a national case for himself as president, while Clinton and Obama will still be obliged to tailor their message for a Democratic-only electorate. That will give McCain a chance to define himself before his eventual opponent can do it for him.
The Democrats took a first step in the direction of resolution yesterday, as John Edwards closed out what had been a brave campaign: how exhilarating it was to hear a mainstream centre-left candidate use the phrase "extraordinary economic inequality" in his stump speech. It would be good if Obama and Clinton were to adopt more of that message as they compete for Edwards's voters. What would be even better is if Democrats were to show some of the sense exhibited by their Republican counterparts, and choose a candidate who appeals beyond the party and can win over the unconverted. That surely has to be Barack Obama.

It is worth noting also that Ralph Nader is making noises about running for President again and has even set up a website. The number of votes Nader takes from the Democrats – making a McCain Presidency even more possible – depends on whether the Democrat decide to go for a Clinton third term or offer a real change in Washington.
Posted by Sisyphus at 8:48 AM

If neither Clinton nor Obama wins a majority share of delegates on this coming Super Duper Tuesday, then what the party will have on its hands (and the nation, for that matter) is a convention fight on the floor in late August. Obama's campaign, to its credit, saw that this coming all along. Its strategy has thus been to win enough smaller states and compete with Clinton, who leads in bigger states with more delegate shares like California and New York.

The latest polling numbers, which New Hampshire alone revealed to be often worthless show Clinton with a slight upper hand but Obama making substantial gains in recent days and creeping up on her lead in crucial battleground states.

Extended partisan bickering from February until August could jeopardize the Democratic nominee's chances in November. McCain certainly, as of right now, seems to have sown up the GOP nomination but Romney still has millions of dollars in reserve.

Nothing about politics is particularly predictable and as you mentioned, timing will be a key factor.