Financing our enemies at the gas pump 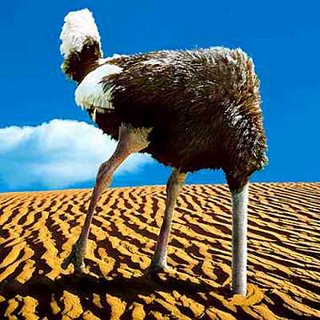 Given the links between the events of September 11th and Saudi oil you would have thought part of the so-call “war on terrorism” would have been a program of drastic energy conservation and the promotion of non-oil fuels. However, given the influence of big oil in general and with the Bush administration in particular it should come as no surprise this obvious reaction was somehow overlooked. Oh, to be sure, there is the usual empty rhetoric concerning dependence on foreign oil but nothing of significance has been done. (Did you ever notice it is always foreign oil they refer to and never just oil?)

Think about it – if President Bush were sincerely worried about the power of Mahmoud Ahmadinejad, Hugo Chavez and Osama Bin Laden then he could have undercut their resources by putting the U.S. on an energy diet and reducing the amount of oil we use. Every time an American fills up a gas tank these gentlemen are a little more powerful. To be sure this would have costs but compared to the expense (and often futile) military adventures we have engaged in energy conservation and the use of non-oil products for fuel looks like a bargain. And, of course, there is that little matter of global warming.

The bottom line is we are funding many of our international political problems with our lifestyles. Johann Hari has this take on the Saudi oil wealth promotion of Wahhabism:

In his eighteenth-century oasis, Mohammed abd-al Wahhab had a dream. He dreamed of an Islam stripped down to a cold list of mechanical rules, strictly enforced, severely upheld. He ordered whippings and beheadings of Muslims to "purify" the faith. He smashed up and burned down the worship-places of the softer, more mystical Muslims all around him. And - his smartest move - he cut a deal. He met with the chief of the desert bandits who lived in the nearby long stretch of sand called Najd - a man named Mohammed Saud - and offered him his allegiance, in return for enforcing his severe new brand of Islam. The Saud ruling family and the Wahhabi doctrine have been locked in a stiff waltz ever since.
More than two centuries later, oil was discovered under the territory of this bandit-king, and billions of dollars began to soak into the Kingdom. True to their ancestor's deal, the House of Saud used this black gold to promote the ideas of Wahhab - no longer merely on their own sands, but across the world. By paying for thousands of schools, mosques and trained imams, they dispersed the ideas of one reactionary little preacher to every continent. It has been a corporate strategy that leaves Ronald McDonald looking like a puffing, obese slouch. Slowly, steadily, they are succeeding in eroding other, gentler forms of Islam. They are globalising Wahhabism - and your petrol purchases are paying for it.
*****
Our governments are not stopping this Wahabbi-Saudi hate machine for a simple reason: as the New York Times writer Thomas Friedman puts it, junkies don't talk back to their dealers. We are addicted to the Saudi oil supply - it lubricates our cars, our planes, our food supply routes. In the face of this hunger, talk of national security or democratic ideals soon sinks into an oily gloop. Until we have built up clean, green alternatives to Middle Eastern oil (and isn't global warming reason enough?), you and I will keep on paying at the petrol pump for this propaganda against us.

You can read his entire article here.
Posted by Sisyphus at 8:32 AM

President Ahmadinejad's real views are summarized on this website: ahmadinejadquotes.blogspot.com